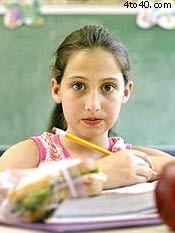 Even though asking questions is a very powerful way of building relationship with children, low self-esteem children often feel very threatened by direct questions, especially about their self-image and feelings. When preparing for an encounter with a child, ask yourself: “What will we talk about?” When you select a few topics, formulate some of the questions you might like to ask, then see if they are open-ended. If they are too direct, reformulate your questions in a less threatening way.

For example, in the story of Sandy drawing nude women on the chalkboard, I didn’t ask directly “Why did you draw that picture?” or “What’s the meaning of this picture?” Even though they were the questions I ultimately wanted answered, in that form they would have immediately put a child on the defensive, especially a low self-esteemer. They would have implied the child had done something hostile or wrong, something which deserved a scolding or rejection, a clear self-esteem deflator.

What I did say merely acknowledged I had observed the obvious: Did she have a special interest in a women’s body?” Since she obviously did, it was a nonthreatening question, which led us safely to uncovering things are really wanted and needed to talk about. Each of my questions reflected what she was saying and took us another step in the direction of her concern. My questions and comments were carefully worded so that none of them was accusatory or put her self-esteem at risk. The tone of my voice also conveyed my nonjudgmental interest in her and her feelings, which again protected her self-esteem.

As a parent, if you know you will be encountering your child who, say, has been sent home from school for disciplinary reasons, spend a little time thinking about the questions you plan to ask the child. Out of your caring, decide to find a way to draw out the child’s version of the story in a way that won’t be accusatory or judgmental. Instead of the usual, “Okay, what did you do?” see if you can ask for the facts in a way that optimally insures the child’s sense of security and trust in you. In this atmosphere the child can honestly explain the situation to you without needing to be defensive. 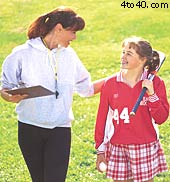 Instead of having the encounter in the front hall, move with the child to a safe place. “Let’s go sit in the study (a comfortable and cozy room in our house) and talk about what happened.” Your caring tone of voice is very important here.

Once you get settled in the safe place, let the child know what you know about the situation. That usually clarifies the starting point for the child. You might do this by saying; “I had a phone call from the school today. They said they were sending you home because of your behavior. I’d like you tell me in your own wards what was happening. You are very important to me and I would like to hear your side of things. Could your fill me in?”

These first moments are very critical and usually set the tone for the entire encounter, so use phrases-there are usually certain comforting phrases peculiar to each family-that make the child feel comfortable. Ask your questions in way that does not feel stilted, distant, or awkward. Above all, try not to get hooked into a psychological game called “outraged parent vs. problem child.” Consider your various questions beforehand, if possible. You may even try mentally rehearsing them in order to find ways of asking them that are most apt to bring sharing and caring to the relationship.

Self-Esteem Principle: A moment’s reflection about the wording of a question may make a significant difference in a child’s self-esteem growth.