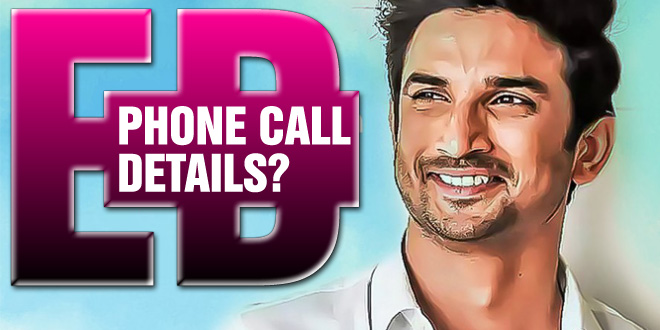 The centre today informed the Supreme Court that since the Mumbai Police has not filed an FIR on the Sushant Singh case yet, the statements it has recorded has no legal validity.

The Mumbai police’ behaviour regarding the investigation into the alleged suicide of actor Sushant Singh Rajput has created a cloud of suspicion and has been fueling speculations over its credibility. After impeding Bihar police and the CBI investigation into the case, the Mumbai police has now reportedly refused to hand over the phone of the deceased actor to the Enforcement Directorate (ED).

#Breaking | Despite @Dir_ed writing 4 letters to Mumbai Police seeking Sushant Singh's phone, it has not yet been handed over.

The ED has been interrogating Sushant’s girlfriend Rhea Chakraborty and her family members on a money laundering case. The ED has reportedly seized mobile phones belonging to the family, including 2 iPads and a laptop.

Even After 2 months, Mumbai Police is yet to file an FIR in the case

Meanwhile, Centre has also confirmed in SC that Mumbai police has not yet filed an FIR in Sushant Singh Rajput’s case. Centre Thursday told the Supreme Court that statements of witnesses said to have been recorded by Mumbai Police in connection with Sushant Singh Rajput death case have “no validity or legal sanctity”, as the state is yet to file an FIR in the matter.

“The Maharashtra Police in its affidavit has said that it has collected statements of 56 persons. In view of the admitted position that there is no FIR registered, and the police is merely discharging functions under Section 174 (of CrPC), such statements have no validity or legal sanctity and are nonexistent,” the Centre stated in its written submissions.

Mumbai Police Chief Param Bir Singh had said in a press conference on August 3 that no party was held at Sushant Singh Rajput’s place on June 13 and no politician was involved in the case. He also claimed that the late actor was suffering from a bipolar disorder and undergoing treatment and medicines for it.

The case was finally handed over to the CBI after the Bihar government advocated for it and the centre supported it. The Bihar Police team that had come to Mumbai had also stated that they are receiving no cooperation from the Mumbai Police regarding the issue. Senior IPS officer Vinay Tiwari was put under a forced quarantine by the BBMP.