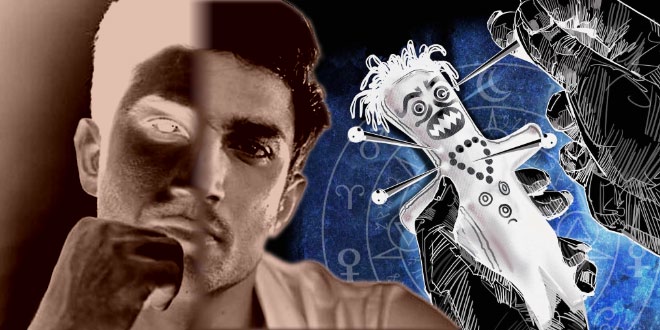 “Rhea used to give some medicines to Sushant Singh Rajput. Before she came into his life, he was a happy person but afterward, he used to stay melancholic,” Sushant’s former office boy said.

The story surrounding the untimely death of 34-year-old actor Sushant Singh Rajput is getting murkier by the day. In a shocking revelation, former office boy Ram has reportedly confirmed that Rhea Chakraborty would perform ‘black magic‘ on the later actor. “Rhea also practiced black magic“, he was quoted as saying. Ram alleged that Rhea would give medications to Sushant and had changed his happy life into a melancholic one.

No ‘Puja’ was ever conducted

As per reports, Sushant Singh Rajput’s bank account details reveal that online purchases were made on three different occasions to procure material for Puja. Reportedly, an amount of ₹45,000 was withdrawn on July 14 while ₹86,000 was used to procure Puja Samagri on August 2 last year. On August 8, 2019, an amount of ₹11,000 was transferred to the priest responsible for conducting the rituals. Reportedly, ₹60,000 was used on August 15 to purchase Puja Samagri. However, no such puja was ever performed. Sushant’s family members had alleged that the money was used to do black magic on the late actor. According to Sushant Singh Rajput’s sister, Mitu, in her statement to the Patna police, claimed that she was informed about the same by one of his domestic helps a few months back.

He said, “Rhea used to give some medicines to Sushant Singh Rajput. Before she came into his life, he was a happy person but afterward, he used to stay melancholic. Sushant was a strong personality, can’t commit suicide.” Ram claimed that the late actor started paying salaries late after Rhea came into his life. According to the former office boy, she would force employees to work for a long period and do her personal chores. “And if any worker refused to do it then she would fight”, Ram alleged.

Meanwhile, in an exclusive interview with the Republic TV, the deceased actor’s bodyguard has confirmed all allegations against Rhea Chakraborty to be true. While divulging details of the late actor’s altered lifestyle and attitude in life, post his association with Rhea, the man declared that Sushant could never commit suicide. Accusing Rhea and her family of fleecing the actor and using him as a “money card”, Sushant’s bodyguard said that all the allegations made by Sushant’s father KK Singh in his FIR against Rhea has been rightly made and he should get due justice.

Apart from frivolously spending Sushant Singh Rajput’s money, the bodyguard also accused Rhea of giving drugs to Sushant. The man revealed that Sushant’s life had completely changed after Rhea entered his life. He would be asleep and unwell most of the time and no one had direct access to him. The bodyguard shared that Rhea changed the entire house staff and also Sushant’s accountant, except him. He revealed that before Rhea, Sushant’s family, especially his eldest sister Priyanka Singh, would visit him often and stay with him. However, he has only witnessed Rhea’s family visiting Sushant’s house and partying at his expense in the last one year.