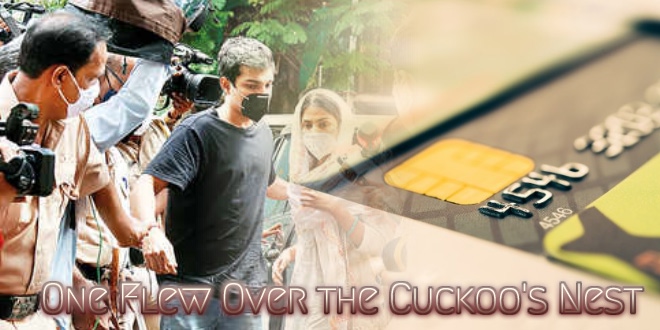 Digital connections of as many as 12 transactions have been traced which shows that the drugs payment were made through the credit cards of Rhea Chakraborty.

As the Narcotics Control Bureau (NCB) delves deeper into the drug angle in Sushant Singh Rajput‘s death case, the late actor’s former girlfriend, Rhea Chakraborty has emerged to be smack right in the middle of this entire drug nexus. Along with confessing of procuring drugs on the instructions of his sister, Times Now reports that Rhea’s brother Showik, now in NCB custody, has also admitted to the NCB that he used Rhea’s credit card for the payments to Samuel Miranda for drug purchase. Digital connections of as many as 12 transactions have been traced which shows that the drugs payment were made through Rhea’s credit cards. Samuel Miranda has also reportedly confessed that he was procuring drugs for Sushant’s house.

After brother, Rhea Chakraborty might be the next to be arrested by NCB

After the Narcotics Control Bureau arrested Showik Chakraborty and Sushant’s ex-manager Samuel Miranda, sources revealed that Rhea Chakraborty might be the next to be arrested.

Meanwhile, a team of the CBI officials has reached Sushant’s residence along with the late actor’s flatmate Siddharth Pithani, cook Neeraj and house help Keshav. The CBI will once again reconstruct the crime scene at Sushant’s apartment. His sister Mitu Singh has also been called to his Bandra residence.

Yesterday, a five-member team of NCB raided Rhea’s house. According to reports, the NCB team also searched Rhea’s car, phone and laptop. During the raid, Showik’s tab was reportedly seized by forensics and they reportedly found digital footprint over the darknet. Times Now claims that he had been doing the dealings and had made payments to Samuel Miranda and other members of the drug cartel using Rhea Chakraborty’s card.

The raid was conducted a day after the Mumbai court sent alleged drug peddler Zaid Vilatra to seven-day custody of the NCB. Zaid had confessed that he used to deal with Showik regarding the buying and selling of drugs.

Sources at the NCB revealed that Showik allegedly met drug peddler Basit Parihar at a football club in Bandra to gain access to drugs. Parihar was already in contact with another drug peddler named Sohail – who allegedly supplied Showik and Rhea marijuana.

Rhea has already been issued a notice in the NCB case and is likely to be summoned.

WhatsApp chats of Rhea Chakraborty became the core of the investigation

The Whatsapp chat of Rhea Chakraborty with her acquaintances which were recovered by the ED, where they were seen discussion about the purchase of drugs, had become the core of the investigation into the drug angle in Sushant’s death case. It was this series of Whatsapp conversation, which was allegedly sent from Rhea Chakraborty’s mobile phone, that led the Narcotics Control Bureau to break into the entire drug ‘syndicate’.

The chats which were deleted were retrieved during the investigation by ED. After recovery of the messages, ED had informed the same to the NCB, after which NCB had registered a case in the matter and started a probe.