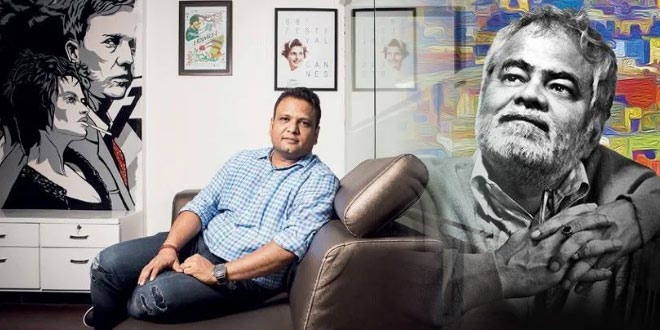 Manish Mundra displayed exemplary generosity and humility during the times of the Wuhan virus pandemic.

Film producer Manish Mundra has volunteered to pay an amount of Rs 1 crore for the construction of Ram Mandir at Ayodhya. According to Bhaskar, Mundra is one of the three people who have promised to donate Rs 1 crore for the temple.

Ram Janmbhoomi Nyas Treasurer Govind Giri Maharaj said that a trust has also promised to donate Rs 1 crore and three other persons have promised to collect Rs 1 crore each and donate it for the temple construction. He said that a campaign will be launched on January 13 next year which will continue till February 27. The campaign will aim at collecting donations from people across the country for the construction of the temple.

Manish Mundra is an Indian film producer who has produced numerous Bollywood films like Ankhon Dekhi, Masaan, Kadvi Hawa and many more to his credit.

In 2017 Dhanak won the National Award for Best Children’s Film, Newton was chosen for India’s entry into the Oscars and Kadvi Hawa received a Special Mention at the National Film Awards this year.

Mundra gave Rs 3 crore for ventilators during the pandemic

In March this year when Wuhan Virus Covid-19 cases were surging in the country, Manish Mundra, who has produced movies like Masaan and Newton, donated a whopping Rs 3 crore for arranging about 70 ventilators. He said that he would identify the hospitals that needed aid. He identified six cities of Bangalore, Jaipur, Cochin, Deoghar and Mumbai where the ventilators could be set up.

In the same month, Manish Mundra donated an amount of Rs 10 lakh for the rehabilitation of the victims of the anti-Hindu riots that broke out following the anti-CAA protests earlier this year. The donation went to an initiative launched by BJP leader Kapil Mishra to provide financial assistance to the victims.

When the cases of Chinese Virus Covid-19 were on the rise leading to shortage of infrastructure and equipment in hospitals, Mundra donated a thousand disposable beds to a Mumbai hospital.

Mundra displayed exemplary generosity and humility during the times of the Wuhan virus pandemic. Apart from the above mentioned gestures, he has been involved in lot of humanitarian work during the pandemic including mass distribution of PPE kits and serving food packages to the needy. Speaking to OpIndia, Mundra had said that his motive behind all the work he has been doing was to help the country particularly the medical staff who have been fighting the pandemic at the frontline.

Previous Shaheed Udham Singh Biography For Students
Next Who were the four Sahibzadas, name them?

Trump will suffer from a ‘mysterious’ disease, assassination attempt on Putin: Here are Bulgarian Blind …