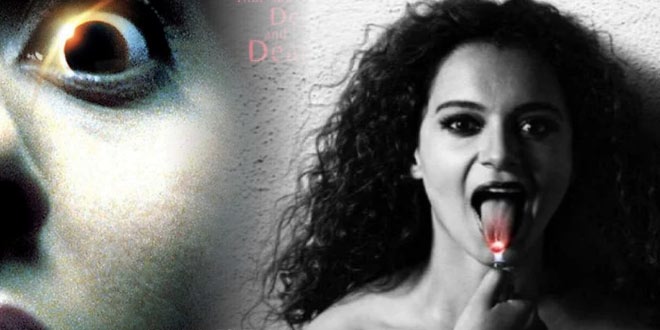 “The entire country is facing the menace of drugs. Does she know Himachal is the origin of drugs? She should start from her own state”, Urmila had said in an interview

After the actor Kangana Ranaut exposed the Bollywood‘s nexus with the drug mafia, several Hindi film stars have come out to attack Kangana. After actor and MP Jaya Bachchan attacked Ranaut yesterday, today another actor turned-politician Urmila Matondkar launched an attack on her.

Urmila Matondar gave interviews to multiple TB news channels today, where she advised Kangana to start fighting the drug menace from her home state Himachal Pradesh, saying that it is the origin of drugs. She said that if Kangana have any information about illegal drugs in Bollywood, she should look at her state Himachal Pradesh, and she should go to the authorities rather than tweeting about it.

“The entire country is facing the menace of drugs. Does she know Himachal is the origin of drugs? She should start from her own state”, Urmila said in an interview given to India Today.

She also slammed Kangana for getting Y-category security from the union government after she received threats from Shiv Sena leaders including the Maharashtra home minister. “Why did this person who has been given Y-security from the taxpayers’ money didn’t give information about the drug nexus to the police?” she asked.

The former Congress leader also objected to the language used by Kangana Ranaut in her videos slamming the Maharashtra government. “Which girl from a civilized cultured house would use this kind of language? Like kya ukhaad loge, kiska baap ka kya hai“, she asked in an interview given to NDTV. Urmila further attacked Kangana accusing her of defaming the Mumbai city. She said that she will never tolerate any defamatory remark against the city.

Watch | "When Kangana was not even born, Jaya Bachchan was in the film industry. Can't lash out at senior colleagues": Actor-turned-politician @UrmilaMatondkar. #NDTVExclusive pic.twitter.com/3jqwD1XXgq

Urmila also attacked Kangana for replying to Jaya Bachchan’s attack on Kangana, saying ‘When Kangana was not even born, Jaya Bachchan was in the film industry’. She added that Kangana can’t lash out at senior colleagues, saying it is against Indian culture and in extreme bad taste.

It didn’t take long for Kangana to respond to Urmila’s comments against her. In an interview with Times Now, Kangana referred to Urmila as soft-port star. She said that the Urmila’s interview on her was derogatory, and Urmila was mocking her struggles. Kangana said that Urmila was attacking her saying that she was trying to please BJP for a ticket. She added that she does not need to please anyone to get a ticket.

Kangana hits out at @UrmilaMatondkar over her remark on ‘BJP ticket’.

I don't have to work much to get a ticket: Kangana Ranaut (@KanganaTeam), Actor tells Navika Kumar on #FranklySpeakingWithKangana. pic.twitter.com/wrlzgr4zB7

It may be noted that Urmila Matondkar had joined Congress just ahead of Lok Sabha elections last year, and she was given a ticket to contest the election from Mumbai North. She had lost the elections with a huge margin, and she had left the party just 5 months after joining.