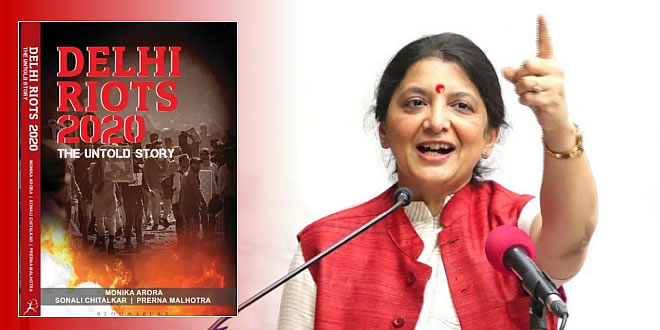 Garuda Prakashan to publish ‘Delhi Riots 2020: The Untold Story’ after its withdrawal by Bloomsbury on pressure from Islamists
Garuda Prakashan said that they will publish the book both in English and Hindi, and its pre-order link will be available soon

The book of ‘Delhi Riots 2020: The Untold Story‘, which was withdrawn by its publisher Bloomsbury under pressure from the left-wing and the Islamists, will now be published by Garuda Prakashan. The book authored by Monika Arora, Sonali Chitalkar and Prerna Malhotra was abruptly withdrawn by the publishing house under pressure from UK Office even as the authors were attending a virtual launch of the book yesterday.

The book’s author advocate Monika Arora informed that as per sentiment of the people, they are going ahead with Garuda Prakashan, a home-grown publishing start-up. The authors made the decision as they received no response from Bloomsbury for her email, asking them to formally confirming in writing that they are withdrawing the book. Bloomsbury had only informed the authors via phone that the book has been withdrawn, no formal communication was sent to terminate the contract.

“No written communication to authors despite request. Our book can’t be killed. People want to buy. We have no option but to go with another publisher”, Arora had tweeted. After that, she informed that they have decided to publish the book through Garuda Prakashan.

Responding to the announcement, Garuda Prakashan confirmed the same by thanking the author for putting their trust in them. “Friends! Thank you so much for your support. Let’s together make it reach every household. Truth must prevail”, they added.

@advmonikaarora ji, Thank you so much for putting your trust in @GarudaPrakashan.🙏

Friends! Thank you so much for your support.
Let's together make it reach every household.
Truth must prevail!#DelhiRiotsTheUntoldStory https://t.co/D2UbO6mjRz

Later they posted another tweet saying that they will publish the book in both English and Hindi. Garuda Prakashan further added that pre-order links for the book will be made available soon.

Announcement:
It's official now: @GarudaPrakashan is going to bring the book of @advmonikaarora ji, #DelhiRiotsUntoldStory in English and Hindi both.
Pre-buy links will be shared with you soon.
Keep following us!
Thank you all for putting your trust in Garuda.

It may be added that immediately after Bloomsbury had issued the statement in media announcing the withdrawal of the book, Garuda had offered to publish it.

The book, which is a factual account based on investigation and interviews conducted by the authors, was scheduled to be published in the next month. 100 copies of the book were printed and handed over to the authors, and it was available for pre-order on Amazon. But after the authors announced a launch of the book via video conferencing in the presence of BJP leader Kapil Mishra, filmmaker Vivek Agnihotri and OpIndia editor Nupur Sharma, people from the left wing and the Congress ecosystem had launched an intense campaign against the book. Ultimately, Bloomsbury gave into the bullying by celebrity leftist historian William Dalrymple and others, and unceremoniously pulled the book back, without informing the authors in advance.

Garuda Prakashan is an Indian publication house founded by Sankrant Sanu in association with Ankur Pathak. Urban Naxals by Vivek Agnihotri was also released by them earlier. 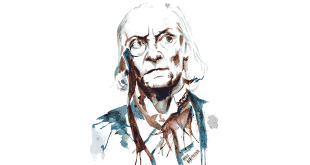 The Doctor Who Did Not Cure: English Folktale

The Doctor Who Did Not Cure: An old woman had lost her eyesight completely. So …