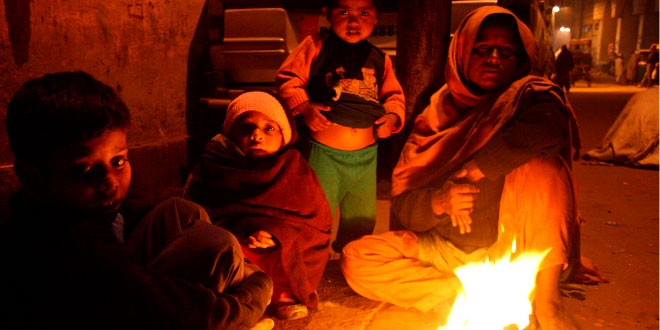 Cold weather kills 20 times as many people as hot spells, according to a global study that analysed over 74 million deaths in 384 locations across 13 countries.

The findings, published in The Lancet, also show that deaths due to moderately hot or cold weather substantially exceed those resulting from extreme heat waves or cold spells.

“It’s often assumed that extreme weather causes the majority of deaths, with most previous research focusing on the effects of extreme heat waves,” said lead author Dr Antonio Gasparrini from the London School of Hygiene & Tropical Medicine in the UK.

“Our findings, from an analysis of the largest dataset of temperature-related deaths ever collected, show that the majority of these deaths actually happen on moderately hot and cold days, with most deaths caused by moderately cold temperatures,” said Gasparrini.

The study analysed over 74 million deaths between 1985 and 2012 in 13 countries with a wide range of climates, from cold to subtropical.

Data on daily average temperature, death rates, and confounding variables (eg, humidity and air pollution) were used to calculate the temperature of minimum mortality (the optimal temperature), and to quantify total deaths due to non-optimal ambient temperature in each location.

The researchers then estimated the relative contributions of heat and cold, from moderate to extreme temperatures.

Around 7.71 per cent of all deaths were caused by non-optimal temperatures, with substantial differences between countries, ranging from around 3 per cent in Thailand, Brazil, and Sweden to about 11 per cent in China, Italy, and Japan.

“Current public-health policies focus almost exclusively on minimising the health consequences of heat waves. Our findings suggest that these measures need to be refocused and extended to take account of a whole range of effects associated with temperature,” Gasparrini added.