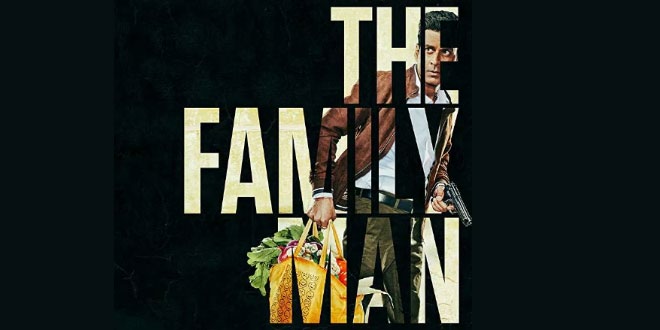 The Family Man is an edgy action-drama series, which tells the story of a middle-class man who works for a special cell of the National Investigation Agency. While he tries to protect the nation from terrorists, he also has to protect his family from the impact of his secretive, high-pressure, and low paying job.

The Family Man is an Indian action drama web television series on Prime Video created by Raj Nidimoru and Krishna D.K. Starring Manoj Bajpayee and Priyamani, it tells the story of a middle-class man secretly working as an intelligence officer for the T.A.S.C, a fictitious branch of the National Investigation Agency. The series was announced in June 2018 and showcased at the Television Critics Association’s summer press tour held in Los Angeles in July 2018. The Family Man premiered on Prime Video in September 2019. The series has been renewed for a second season which began filming in November 2019.

Without ever parodying the genre, The Family Man succeeds at being a surprisingly funny spy series; equally capable of snappy one-liners as it is of slick thrills. Like its street-smart protagonist, the new Amazon show is wily, adaptable, and intelligent; but most noticeably, it is a necessary foil to the painfully drab Bard of Blood, which will arrive, with all its similarities, on Netflix in seven days.

The resemblance is so uncanny, that I couldn’t help but imagine notes being exchanged between the two productions, via secret tunnels and across secure phone lines. Both shows feature a protagonist who is plucked from a life of domesticity, a rookie female tag-along, and a curious obsession with Balochistani politics. But beyond that, in tone, texture and taste, they’re thankfully quite different.

We meet Sri in the middle of an argument with his long-suffering wife, Suchi (played by Priyamani). She wants him to take the kids to school, and not shirk his responsibilities as a dad. It seems as if it’s an argument they have regularly, going by the expressions on the faces of their two kids, who are distractedly eating idlis and playing with their phones, vaguely aware of how situations like this play out. Sri, much to the disappointment of his family, has settled into his government job, despite their sustained suggestion that he find a more lucrative profession.

But while this may be partially accurate — Sri is an underpaid government employee — it is far from the whole truth. In reality, while his family believes he is rotting away as some paper-pusher behind a desk, Sri is an agent at a top-secret intelligence facility named TASC, a mysterious offshoot of RAW. Their job is to conduct mass surveillance in an effort to spot patterns and prevent terrorist attacks. As Sri’s best mate explains to a rookie agent in the first episode, surrounded by large screens and state-of-the-art tech, “Privacy is myth, just like democracy.”

I don’t know which is worse — that The Family Man insists on portraying Kashmiri youths as terrorists, or that it spends a significant amount of time on humanizing said terrorists, perhaps in order to soften the blow of this gross generalization. I call this a flawed approach because, as we all know, not every Muslim is a terrorist, and not every terrorist — certainly not one rooted in reality — deserves to be humanized.

Too many shows and films have taken the easy route and blamed radicalization on brainwashing, but by offering relevant socio-political context, The Family Man immediately rises above such reductive reasoning. Muslim students are shown being rounded up by the cops; they are harassed and humiliated, for no reason other than the fact that they are Muslim. Videos of mob lynchings are circulated among the same students at their college — a clear stand in for JNU, whose students, as one reckless character says, are all ‘anti-nationals’.

In this regard, it seems as if The Family Man wants to have its samosa and eat it too. By playing into populist beliefs — regardless of how true they may be — creators Raj and DK avoid confronting the more controversial aspects of Indian terrorism; the fact that it is not restricted to one religion. It is not a sign of confusion, but fear — in their attempt to offend neither side, they unfortunately end up hurting both; not to mention their show as well.

But I feel that they’ve broached a subject that is rarely addressed in mainstream Indian entertainment. There’s a reason why even the Americans are hesitant about calling mass shooters ‘homegrown terrorists’. This distracts from their president’s stance that most threats are external. Most adversaries in The Family Man — from the Keralites who set the plot into motion to the college students who snatch the baton from their hands — are Indian. And while allegations of Islamophobia are wasted on Bard of Blood, whose caricaturist depiction of terrorists barely merits a second thought, in the case of The Family Man, a show that roots these characters in a recognizable reality, these are valid criticisms.

And although it handles this element of the story with the presence of mind of a child who has been handed an unpinned grenade, The Family Man is more comfortable when it is solving more immediate problems. I was pleased at how Priyamani’s character isn’t restricted to being a nagging wife, and is shown to have her own personal struggles. While her husband continues to lead a double life, she takes complex decisions of her own.

The Family Man is a consistently engaging show, even when you find yourself disagreeing with it. The action, particularly a slum shootout made to appear as if it has been shot in a single take, is impressively staged; Manoj Bajpayee is, as he usually tends to be, effortlessly excellent; and Raj & DK, at long last, seem to be back in the game. Three episodes were provided for preview, and I can’t wait to jump back in.