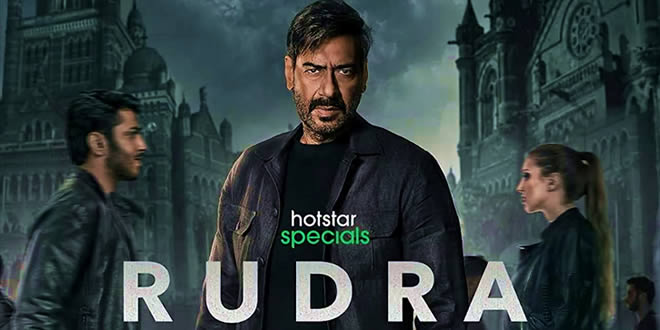 It is based on the BBC TV show about a troubled police detective working in Mumbai.

Rudra: The Edge of Darkness is an Indian upcoming psychological crime drama streaming television series created for Disney+ Hotstar based on the British TV show Luther. The series stars Ajay Devgn, Esha Deol and Raashi Khanna in the lead roles.

In April 2021, reports came in stating that Ajay Devgn will star in the Indian adaptation and the same was confirmed later that month with the series order from Disney+ Hotstar. In July 2021, Esha Deol was cast as the female lead. Later that month, Raashi Khanna, Atul Kulkarni, Ashwini Kalsekar and Ashish Vidyarthi has joined the cast. In January 2022, Satyadeep Mishra and Tarun Gahlot were confirmed to be cast in main roles.

The six episode first season will premiere in 2022 on Disney+ Hotstar. In US, the show will be available on Hulu as part of distribution agreements with Star India.

The first trailer for the show was released by Disney+ Hotstar on January 29, 2022.

Rudra: The Edge of Darkness – Trailer

Rudra: The Edge of Darkness – Review