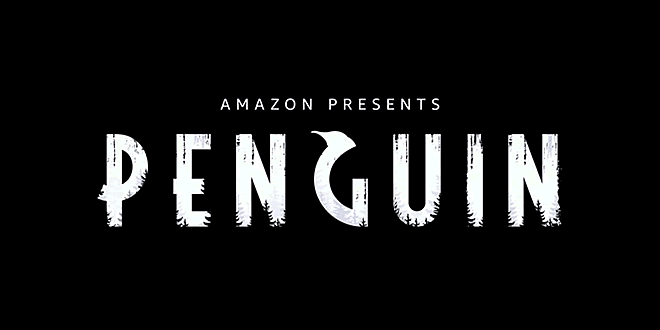 It is a spine chilling tale of a pregnant mother who sets out on a dangerous mission to unravel the mystery and save her loved ones.

Penguin is an upcoming Indian mystery thriller film written and directed by Eashvar Karthic in his directorial debut. The film stars Keerthy Suresh, and was simultaneously shot in Tamil and Telugu languages. It is scheduled to release on 19 June 2020 on Prime Video.

In August 2019, it was announced that Keerthy Suresh had signed on an untitled “mystery thriller” film to be produced by Karthik Subbaraj under his banner Stone Bench Films, and directed by debutant Eashvar Karthic. The film, which was Stone Bench Films’ third production venture, was also produced by Kaarthekeyen Santhanam, Sudhan Sundaram and Jayaram under Passion Studios. Principal photography began in September, and the film was simultaneously shot in Tamil and Telugu languages. The title Penguin was announced on 17 October, Keerthy Suresh’s birthday. Principal photography wrapped up in November. The film features Madhampatty Rangaraj and Lingaa in pivotal roles in addition to several newcomers; this was the first film in which Rangaraj was credited with the screen name Adhidev.

The music was composed by Santhosh Narayanan.

Penguin is scheduled to be released on 19 June 2020 on Amazon Prime Video in both languages, along with a Malayalam-dubbed version. It was originally scheduled for a theatrical release, but due to the COVID-19 pandemic, this was dropped in favor of a digital release.

Tamil cinema is now bent on turning its lead actresses into super heroes. We saw this, to an extent, in the Jyotika-starrer Ponmagal Vandhal in which the protagonist carries her daring battle into a courtroom at Ooty. In yet another Amazon premiere (thanks to the coronavirus pandemic that has kept theatres shut), Penguin transforms a seven-month-pregnant Rhythm (played by Keerthy Suresh) into a fearless mother out to find her missing son, Ajay (Master Advaith). The Penguin (in Tamil ) setting is also a hill resort, this time Kodaikanal – where the mist and fog help to create a sense of eeriness, albeit with a few lovely visuals.

After a marriage gone awry post Ajay’s disappearance, Rhythm settles into another relationship with Goutham (Madhampatty Rangaraja) and is set for the arrival of her second child. But she continues to be haunted by Ajay’s memory, and of a possible kidnapper with a Charlie Chaplin mask (the guy must be turning and tossing in his grave).

Rhythm grew up in an orphanage, but now lives in a splendorous mansion in the middle of nowhere with Goutham. There are no servants in the house (sorry, this is the time of pandemic, so no maids allowed), but has her faithful dog, Cyrus, which appears to have far greater intelligence than all the human forces put together. Constantly troubled by thoughts of little Ajay (she has nightmares as well), Rhythm decides that the policemen are not going to be of much help, and she takes on the role of Miss Marple, Agatha Christie’s literary detective.

If I say anything more, it may well become spoilers. But with Rhythm (who to me resembled Frances McDormand in Joen and Ethan Coen’s Fargo) scouting the Kodaikanal forests for the missing boy, the baby in her womb hardly an obstacle that does not stop her from climbing steep hills and trudging along hostile terrain, the town’s police force seems so redundant! Even when facing some of the most dangerous situations that will send a chill down anybody’s spine, Lady Marple fearlessly goes about her sleuthing. And all alone! Sorry, I do not think the Christie detective would have done any of these things which Rhythm does.

Right from the start, helmer Karthic (who also wrote the script) appears to have had just one single-minded motive – to turn his heroine, Suresh, into a superwoman, her pregnancy adding to the halo around her. But this just pushes the movie into a deep gorge, and it hurtles along a path which has nothing real about it. And Suresh’s performance has little to rave about especially after having watched her as actress Savithri in the biopic Mahanati. The other characters are poorly written. A thriller that loses its way not long after it begins to roll. 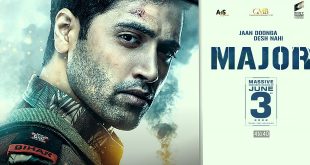