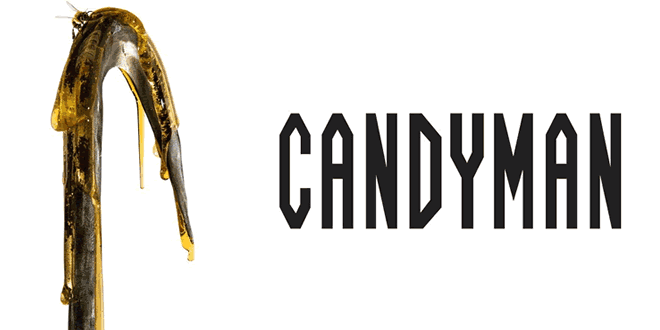 A “spiritual sequel” to the 1992 horror film ‘Candyman’ that returns to the now-gentrified Chicago neighborhood where the legend began.

Candyman is an upcoming American supernatural slasher film directed by Nia DaCosta and written by Jordan Peele, Win Rosenfeld and DaCosta. It is a direct sequel to the 1992 film of the same name and the fourth film in the Candyman franchise, based on the short story, “The Forbidden” by Clive Barker. The film stars Yahya Abdul-Mateen II, Teyonah Parris, Nathan Stewart-Jarrett and Colman Domingo, along with Tony Todd and Vanessa Estelle Williams, who are reprising their roles from the original film.

Candyman was originally set to be released in the United States on June 12, 2020 by Universal Pictures, but it was delayed to September 25, 2020 due to the 2019–20 coronavirus pandemic.

For as long as the residents can remember, the housing projects of Chicago’s Cabrini Green neighborhood were terrorized by a word-of-mouth ghost story about a supernatural killer with a hook for a hand that was easily summoned by those that are daring to repeat his name five times into a mirror. In the present day, a decade after the last of the Cabrini towers were torn down, a visual artist named Anthony McCoy and his girlfriend and gallery director named Brianna Cartwright moved into a luxury loft condo in Cabrini which was gentrified beyond recognition and inhabited by the upwardly mobile millennials. With Anthony’s painting career on the brink of stalling, a chance encounter with a Cabrini Green old-timer exposes Anthony to the tragically horrific nature of the true story behind the Candyman. Anxious to maintain his status in the Chicago art world, Anthony begins to explore these macabre details in his studio as fresh grist for paintings by unknowingly opening a door to a complex past that unravels his own sanity and unleashes a terrifyingly viral wave of violence that puts him on a collision course with destiny.

In September 2018, it was announced that Jordan Peele was in talks to produce a sequel of the 1992 film through his Monkeypaw Productions. In a 2018 interview with Nightmare on Film Street, Todd stated, “I’d rather have him do it, someone with intelligence, who’s going to be thoughtful and dig into the whole racial makeup of who the Candyman is and why he existed in the first place.” In November 2018, it was confirmed that Peele would produce the film with Universal and MGM and will partner with Win Rosenfeld to co-produce the film while Nia DaCosta signed on as director. The film will serve as a “spiritual sequel”, taking place back in the new gentrified Cabrini Green where the old housing projects development once stood in Chicago. The filming was due to commence in spring 2019.

In January 2019, it was reported that Lakeith Stanfield of FX’s Atlanta and Sorry to Bother You fame would possibly star in the film, but not as the main titular character rather as an older version of Anthony McCoy who was a visual artist who takes on an interest seeking the legend of the Candyman that was similar to Helen Lyle’s character played by Virginia Madsen. At the time, there was no word as to who would be starring in the film and if Todd or any past cast would reprise their roles. However, in an interview with Entertainment Weekly, Todd spoke of Peele, stating: “I know that he’s a fan. I’m hoping that I will appear in the film in some form of fashion. Wouldn’t that make sense? But, it’s Hollywood so I won’t take it personally if it doesn’t work out.” He added, “If this new one is successful, it will shed light back on the original. I think that the subject matter is more important than any individuals and I mean that.” In February 2019, Yahya Abdul-Mateen II was in talks to play McCoy, misreported as being in talks to portray the titular character. In response to the news, Todd offered his blessings over Twitter, stating: “Cheers to the Candyman, a wonderful character that I lived with for 25 years. He’s brought grace and glory and a beautiful boatload of friends & family. I’m honored that the spirit of Daniel Robitaille & Cabrini Green rises again. Truth to power! Blessings to the cast & crew”. However, it was ultimately announced that Todd would reprise his role.

The principal photography for Candyman began in early August 2019 and wrapped up in September 2019 (25-27) in the Chicago area with some filming taking place in the North Park neighborhood during the month of September. The working title of the film was revealed on some of the cast and crew social media pages as Say My Name which was discreetly used in the revised scripts and production sets to keep things “flying under the radar”.