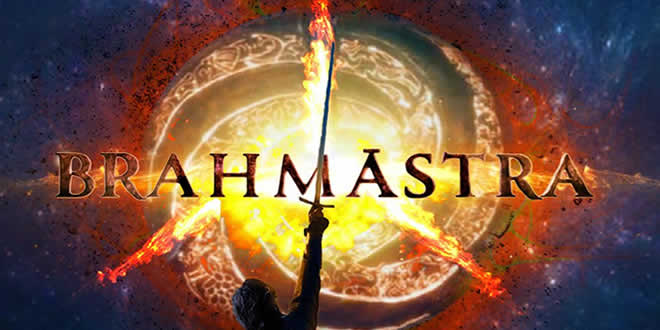 Brahmastra: Part One of Three, also known as Brahmastra, is an upcoming 2020 Indian Hindi-language action fantasy film written and directed by Ayan Mukerji, and produced by Karan Johar. It stars Amitabh Bachchan, Ranbir Kapoor, Alia Bhatt, Mouni Roy and Akkineni Nagarjuna in pivotal roles and will serve as the first film in a planned trilogy.

Principal photography began in Bulgaria in February 2018 and the film is scheduled for release on 4 December 2020 in standard formats, 3D, and IMAX with dubbed versions in Tamil, Telugu, Malayalam and Kannada languages.

Producer Karan Johar announced the film via Twitter on 11 October 2017 revealing that it would be made into a film trilogy. The preparation for the film started in January 2018. In an interview, Kapoor revealed that Mukerji “has spent six years of his life working really hard to make an original story” and that the trilogy would be made over a period of 10 years and refuted rumors suggesting that it is a romantic superhero film. Instead Kapoor confirmed that the film is a “romantic-fairytale in a supernatural format.” and that the film is not something which “doesn’t have truth to it, or which is unbelievable”. Initially the film’s title was rumoured to be Dragon but was later confirmed as Brahmastra. Director Ayan Mukerji explained that the title ‘Brahmastra’ “resonates with the “ancient wisdom, energies and power,”. Mukerji also revealed that it is a “contemporary film with ancient elements.”

Nagarjuna also confirmed that he would be playing a “pivotal” role. Also , Mouni Roy said that she is the ‘only villain’ of the Karan Johar movie .

Director Ayan Mukherjee revealed that the inspiration behind Actor Ranbir Kapoor’s character came from Rumi who also inspired the first look of his character. Mukherji also drew inspiration from Rumi’s work: “love is the bridge between you and everything” to build the foundation of the movie. Later, Mukherji revealed that the Rumi-inspired look was scrapped and Kapoor had gotten a haircut instead.

Bachchan revealed his experience with look tests for the film expressing that it is a “tedious job, sticking removing applying de applying and applying again, until some decision is reached”

The music of the film will be composed by Pritam while the lyrics will be penned by Amitabh Bhattacharya. British Producer, Steez Banglez has also been approached to collaborate with Pritam as the soundtrack requires “futuristic music is still in the works”.

The trilogy film was officially announced in April 2018 with a planned release date of Christmas 2019 for part 1 before being finally pushed to 09 September, 2022. It will be released in Hindi, Tamil, Telugu, Kannada, and Malayalam.