Why is the ichneumon fly known as the farmer’s friends?

The ichneumon fly is known as the farmer’s friend because it controls a great many plant pests. Species have even been transported by man to colonize areas where artificial pest controls have not been successful. Ichneumon flies, of which there are thousands of species spread throughout the world, are parasitic and their larvae feed on caterpillars, pupae and larvae of other insects.

The female fly lays her eggs in or on the larvae or pupae of the host species. When the maggot like parasitic larvae hutch out, they feed on the body fats and fluids of the host until they are fully grown. Then the parasitic larvae spin cocoons within which they pupate and from whence the adult fly emerges. In the case of parasitic larvae breading inside the host, the latter behaves normally until shortly before the uninvited guest larva has fully developed.

There are some ichneumon flies which live on other ichneumon flies and these are called hyper parasitic. The different species of ichneumon very greatly in size and the range extends from 1/8″ up to 3/2 – 2″in length.

Share
Previous Why is the Forbidden City called so?
Next Why is the international dateline drawn in a zigzag manner? 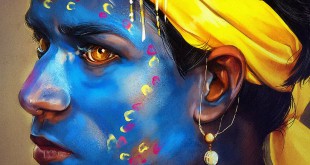