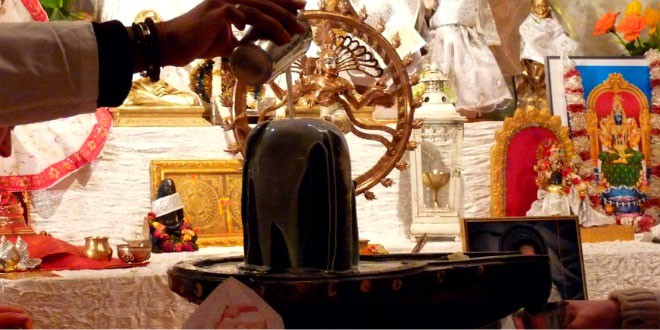 What is Maha Shivaratri Festival?

What is Maha Shivaratri Festival? Maha Shivaratri Festival or the “The Night of Shiva” is celebrated with devotion and religious fervor in honor of Lord Shiva, one of the deities of Hindu Trinity. Shivaratri falls on the moonless 14th night of the new moon in the Hindu month of Phalgun, which corresponds to the month of February – March in English Calendar. Celebrating the festival of Shivaratri devotees observe day and night fast and perform ritual worship of Shiva Lingam to appease Lord Shiva.

Maha Shivrati is one of the biggest festivals dedicated to Lord Shiva. According to the traditional Hindu calendar, the festival is celebrated on the Chaturdashi Tithi (fourteenth day) of the Krishna Paksha every month. But the most important Shivaratri falls in the month of Phalgun and is also known as Maha Shivratri.

It is believed that Lord Shiva first appeared in the form of a linga on this day. After seeing Lord Brahma and Lord Vishnu arguing about each other’s supremacy, he emerged as a massive beam of light. Lord Shiva then asked them to find the source and the end of the beam in order to remind them that there’s someone else who is more powerful. Lord Vishnu took the form of a boar and dug deep inside the Earth while Lord Brahma transformed into a swan and flew upwards. After a relentless search, Lord Vishnu conceded defeat while Lord Brahma asked the Ketaki flower to give false testimony about his victory. Lord Shiva got angry by Brahma’s deceit and cut one of his five heads and cursed him by saying that he wouldn’t be worshiped in temples.