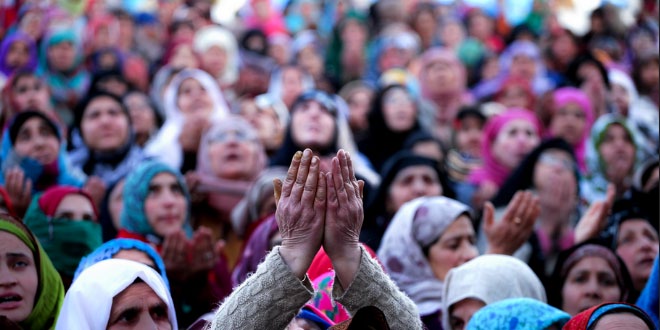 Eid-e-Milad – Allahuma salli ala Muhammadin wa – ala – Ale Muhammad
O God! Shower thy blessings on Muhammad and the descendants of Muhammad

Eid-e-Milad is here and its time to celebrate. It is time to remember the teachings of the Prophet and follow the mission the Prophet dedicated all his life to.

Eid-e-Milad is celebrated in the memory of Prophet Muhammed. The Holy Prophet was born on the twelfth day of Rabi-ul-Awwal in 570 C.E Saudi Arabia, Mecca. Rabi-ul-Awwal is the third month of the Muslim year. Eid-e-Milad is both, a time to rejoice and a time to mourn, since the Prophet passed away on the same day.

The tradition of celebrating the Holy Prophet’s birthday on a large scale began in Egypt by the Prophet’s descendants, through his daughter Fatima. It was celebrated mainly by religious scholars and religious establishments. They gathered to hear sermons, distributed sweets, alms and particularly honey, the Prophet’s favourite.

Eid-e-Milad is also called Maulid, since it is Prophet Muhammed’s Eid and the song sung in praise of the Prophet’s birth is called a Maulud. From the Middle Ages, it was believed that, listening to the recitation of Maulud has not only worldly but heavenly rewards too.

Shia Muslims celebrate this day to remember that Prophet Muhammed chose Hazrat Ali as his successor at Gadhir-e-Khumm. This occasion symbolises the Habillah (the chain of imamat or the next leader). Eid-e-Milad and Eid-al-Gadhir are two names for marking the same day, for two different reasons.

On this day, believers gather to recite special prayers for thanksgiving to Allah for his favours and sending Prophet Muhammed to the world, with his message to guide the people. People attend lectures and recitations on the Life and Instructions of the Holy Prophet. Poetry or Naats are recited after prayers and sweets are distributed amongst the poor.

The symbolic footprints of the Holy Prophet engraved in stone, a representation of the buraq and the horse, which are believed to have ascended to the heaven with the Prophet, are kept near the footprints and anointed with sandal paste. The glass casket is elaborately decorated. Marsiyas and elegies are sung while the procession is carrying on. This ceremony is the ‘Urs’ or ‘Sandal’.