Bonnaroo Music and Arts Festival is a 4 day event held 60 miles outside of Nashville, Tennessee. It began in 2002 and has quickly grown to be one of the country’s premier festivals. Traditionally the focus has been jam bands with a fair sprinkling of bluegrass, folk, alternative rock and pop. In recent years the lineup has branched out a bit and now also includes hip hop and R&B artists as key elements of the festival.

Folk Artists to Watch at Bonnaroo 2010 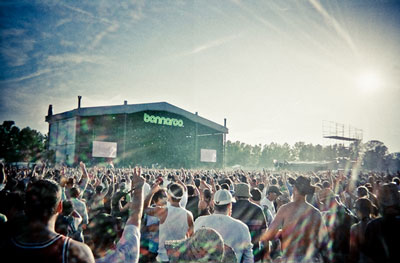 Bonnaroo has become one of the largest, most well-attended all-genre music festivals in the country. If you’re planning on heading to Tennessee for this four-day immersion in American music, be sure to check out these artists – five of the finest folk and Americana artists on the 2010 Bonnaroo schedule. Bonnaroo will take place in Manchester, Tenn., June 10-13, 2010. For a full look at this year’s Bonnaroo schedule, visit the Bonnaroo Web site.

Made up of some of the finest pickers in modern bluegrass – Bryan Sutton, Tim O’Brien, Pete Wernick, and Nick Forster – Hot Rize has been playing together on and off for 30 years. (Sutton joined in ’02 and was preceded by guitarist Charles Sawtelle.) Though each of the members have also had their own side projects, their live performances are known for their sheer proficiency and energy. Definitely one of the best folk bands on the schedule this year.

Steve Martin has been picking the banjo for years, but didn’t release a banjo album of bluegrass tunes until last year. This billing sees him paired up with the Steep Canyon Rangers as his backup band. This should be an interesting collaboration, as both Martin and the Rangers are known for putting on a good show. 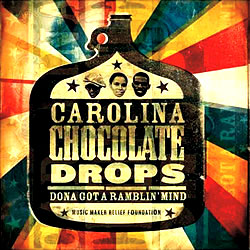 Carolina Chocolate Drops just put out a fantastic album, Genuine Negro Jig, which shows them stretching a bit beyond the typical reaches of your ordinary old timey string band. No doubt they’ll be pulling largely from that disc – and who knows what else. Regardless, it’s worth spending some of your festival time checking them out.

John Prine has influenced almost any songwriter at work these days, with his clever and intuitive lyricism, and just downright good songs. If singer-songwriters are more your thing, you can’t really leave Bonnaroo with a healthy conscience this year if you manage to skip John Prine’s set.

You may know Chris Thile from the 20 years he spent holding up the mandolin end of Nickel Creek, though his solo work is remarkable as well. A few years ago, Thile penned a 40-minute suite for bluegrass instruments titled “The Blind Leaving the Blind,” which was the catalyst for the formation of this supergroup. Now, the Punch Brothers are known for occupying some hybridized form of chamber folk, but you’ll have to hear it for yourself.