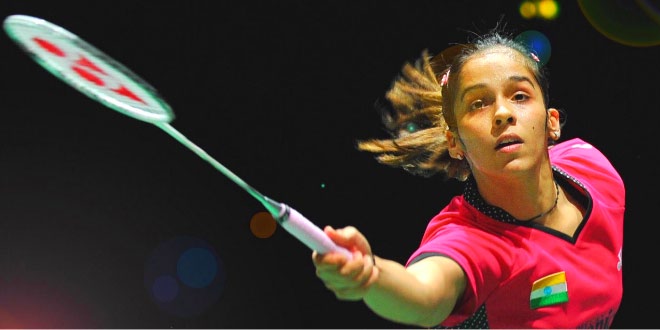 Saina Nehwal’s quest to become the first Indian world champion ended in heartbreak as she lost in straight games to Carolina Marin in the summit showdown of the mega-event.

The world No. 2 Indian went down 21-16 21-19 to her numero uno nemesis in a match which lasted 59 minutes. It was the second successive loss in a major final for Saina even though the silver medal she settled for is the best performance by an Indian in the World Championships.

Earlier this year, Saina had lost to the world No. 1 Spaniard in the All England Championships final as well. With a 3-1 head-to-head record over the Spaniard going into the match, Saina had the edge on paper. But the gritty Spaniard seemed more pumped up when the proceedings started.

Clenching her fists and letting out a scream at almost every point she won, the defending champion caught the chair umpire’s attention more than once for her antics and was even cautioned for abusing her racquet.

However, the top seed made sure that the scoreboard ticked in her favour after breaking away from 7-7 when Saina hit an easy return into the net. Marin made it 15-9 in no time, courtesy errors by Saina and some precisely-placed shots from the baseline. The beleaguered Indian found it tough to deal with her rival’s energy and floundered when challenged on pace. Marin hit some fierce smashes, the most impressive being the one with which she earned her first game point. Saina held on for a few points before Marin closed out the first game when the Indian hit one wide.

In the second game, however, the Indian came back strongly, inducing regular errors from the aggressive Spaniard. The Indian led 11-6 at the break, riding on a much improved performance. But Marin, who was far more adventurous than the Indian when it came to approaching the net, recovered with six back-to-back points to make it 12-12.

Locked at 17-17, while Marin looked consistently fired up, Saina’s body language did not seem very positive as her rival took a 20-18 lead to inch towards her second successive world title. Marin squandered the first championship point before clinching the second and collapsing to the floor.