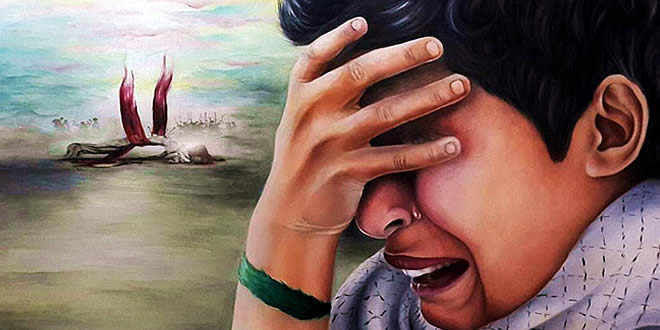 History of Muharram: Background And Origin

Muslims across the world observe Muharram as the first month of the Islamic calendar, marking it as the New Year. Muharram is also commemorated to remember the brutal assassination of Hazrat Imam Hussain Ali, the grandson of Prophet Muhammad, and his supporters at the battle of Karbala. The month of Muharram is observed as a period of mourning by all the Muslims, especially those belonging to the Shia community. Hussain was given the title of Imam which means spiritual leader of Islam. When Hussain refused to swear allegiance to Yazid, the second Umayyad Caliph, he and his army were brutally massacred while traveling from Medina to Kufa. Read on further to know all about the history and background of Muharram.

An era of warring tribes prevailed in the pre-Islamic period in the Arabian Peninsula. Since there was no single major leadership, conflicts and battles occurred on small issues. However, fighting was strictly prohibited in four of the twelve months of the Islamic calendar. These months were Dhul-Qa’adah, Dhul-Hijjah, Muharram and Rajab. The word Muharram was derived from the word ‘haram’, which meant ‘forbidden’. This tradition was maintained from the time of advent of Islam and was religiously followed thereafter. Nonetheless, provisions were made to accept war in special situations, such as a threat to sovereignty of an empire. The battle of Karbala was fought against this law and tradition of Islam.

Traditional rivalry existed between the inhabitants residing on the banks of River Euphrates and Tigris. However, their animosity was to some extent reduced by Prophet Muhammad. When His son-in-law, Hazrat Ali became the Caliph, the enmity re-surfaced all over again. Hazrat Ali had two sons, Hazrat Imam Hussain and Hazrat Imam Hassan. While Imam Hussain ruled a part of the empire, known as Iran today, the other part was ruled by the Umayyads, the present Iraq. Hence, Imam Hussain was called upon by the Shias of Kufa, a small town in the kingdom of Umayyad. He was called to accept their allegiance and hand over his place to Yazid, the ruler of Kufa.

Yazid then instructed his governor, Ibn-e-Ziad to take action against him. The message for the same was passed on by the Shias to Imam Hussain, who along with his family and supporters started heading towards Kufa. However, on their way in Karbala, they were surrounded by the army of Yazid. They were maliciously tortured and killed. Hussain’s head was severed and presented to Yazid. They did not receive any help from the Shias of Kufa who promised to do so while sending the message to Imam Hussain. The battle took place on the 10th day of Muharram. The Shias consider this day as a sorrowful and grieving occasion. For them, the martyrdom of Imam Hussain is a religious occasion.