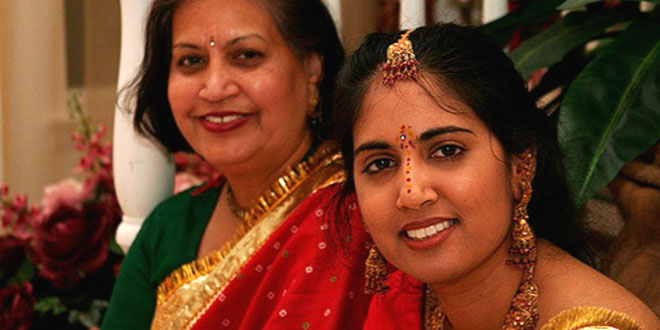 First Karwa Chauth: In India, the institution of marriage is held in high regard. It is considered to be a bond of seven lives. It is believed that there is nothing more pious and stronger than the relationship of husband and wife on this earth. Married Women are said to be luck and the fortune of their husband and it is believed that if they pray from true heart for the long life and success of their husband, their prayers are never unheard from God. The legendary story of a devoted wife (pativrata nari), Karva and her efforts to save her husbands life is the foundation stone of this festival.

Karva Chauth is regarded as the biggest occasion for the entire married woman fraternity who believe in Hindu customs. It is said that the successful completion of their fast ensures the well being of her husband. The 1st Karva chauth is indeed very special in a woman s life as it brings a new base of care and love in her married relationship. Also, a newly married woman is given the utmost importance on her first fast for the long life of her husband. She is showered with lots of blessings for a successful married life by all the elderly of the family.

Sargi is the pre-dawn Karva Chauth meal prepared by the mother-in-law for her daughter-in-law if she is observing her first fast. Several scrumptious and sumptuous dishes are prepared even before the dawn. It is a token of best wishes and blessings from one’s mother-in-law for a blissful and successful married life. The newly wed bride is also gifted with traditional bridal jewelry and expensive gift items.

Baya is also a kind of gift given to the new bride on the occasion of Karva Chauth by the mother-in-law. It comprises of eatables like salted mathris, dry-fruits and some gifts which are generally related to the marital use. On the first Baya, the mothers of newly wed daughters also present gifts to all the members in her daughter s new family. Some utensils are also gifted to the newly wed in the baya which she later distributes amongst women who join her in the first Karva Chauth Puja as a token of auspiciousness.

The Pooja rituals on the first fast are also very much the same as the rest of the Karva celebrations. However, all the rituals are done with immense gaiety and grandeur for the first time. All the married women from the family as well locality are invite to join in the first Karva Chauth Puja of a newly wed where there are rituals of Henna applications, Karva Vrata Katha (legend of Karva Chauth) and the distribution of utensils from the baya.

Though it is no religious ceremony but the when the wife observes a whole day fast without food and water for her better half, her husband also overloads her with variety of gifts and accolades. The gift on the Karva Chauth by one’s husband is generally grand and thus becomes a keepsake for lifetime. This occasion also develops a special kind of bond between the newly wed couple.