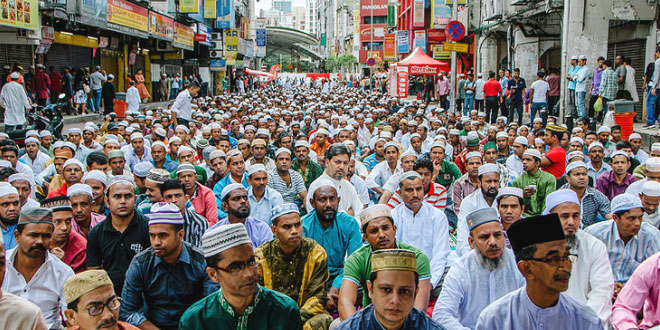 Bakra Eid Celebration in Islam Community: Bakra Eid, better known as Eid al-Adha in Arabic, is one of the most popular Muslim festivals celebrated by the Muslim community worldwide annually. The festival is all about giving and sacrificing in the name of Allah. This religious festival falls on the 10th day of the month of Dhul Hijjah in the lunar Islamic calendar and continues till the 12th day. The occasion is marked by the slaughtering of domestic animals and distributing the meat to the needy and deprived. It also coincides with the closing of the annual pilgrimage of Muslims, Hajj that takes place in Mecca in Saudi Arabia.

Read through the following lines to know more about celebrating Bakra Eid across the world.

The celebrations of Eid al-Adha begin after the Hajj is completed. The 10th day of the month of Dhul Hijjah is marked as the first day of Bakra Eid. This day is celebrated with great enthusiasm, magnificence and grandeur across the globe. On this morning, Muslims dress in their best and new clothes and move out to offer prayers in various mosques. After offering prayers, people exchange greetings with one another by hugging and wishing “Eid Mubarak“. They, then, begin their day with eating breakfast, which usually starts off with a sweet preparation, mainly Sheer Kurma or Sevaiyan.

Soon after completing breakfast, it is time for sacrifice of domestic animals. Only animals that have been deemed Halal or allowed for sacrifice are slaughtered. Such domestic animals include goat, sheep, lamb, ram, camel, cow, buffalo, and others. While most people purchase them well in advance and take good care, others prefer purchasing the animal at the time of slaughtering. The slaughtering can be carried out from the morning of the 10th day to just after afternoon on the 12th day.

The meat of the animal so slaughtered is divided into three equal portions. While the first part is consumed by the family, the other two parts are distributed among neighbors and friends, family members and poor people. While distributing the meat of the slaughtered animal, people greet one another and feast on sumptuous and delicious delicacies prepared on this day. The festival gives one an opportunity to meet near and dear ones and get closer. Special gatherings and parties are organized on this special season. Also, a number of outings and picnics are especially planned during these three days. Muslims across the world indulge in spreading joy and happiness through celebrating this festival.