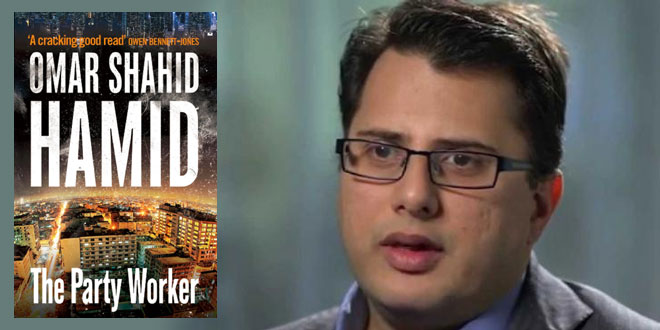 Of all vendettas, the most vicious centre on politics, where they can encompass some of the strongest motives — pride, honour, power, money and sex. The high-flyers not only forget those who have helped them but, with more adverse consequences, those they have offended and are hiding massive grudges under outward obsequiousness. These unexpected assailants can wait years for their chance — as we find here.

But his third novel — after the intricately-plotted hostage drama “The Prisoner” (2013) and the unsettling “jihadi noir” “The Spinner’s Tale” (2015) — takes a wider sweep and a different perspective.

It actually begins in New York where an abortive attempt to murder a recently-arrived Pakistani actually ends up killing a Jewish woman professor. While the police take some action, taking a closer look is a committed NYPD detective, who determines a self-exiled Pakistani politician living in the city needs to be questioned. However, he learns that Mohammad Ali Pichkari has powerful protectors.

Meanwhile, in Karachi, an octogenarian Parsi businessman, with a firm aim to bring down Pichkari, soon receives an offer of help from an unexpected source, while on the other side of the fence, a small-time journalist, whose attempt to make some money lands him in serious jeopardy, finds he can twist the situation to his advantage.

Connecting all these men and more is Asad Haider, the New York target, who we learn had been an unconscionable hatchet-man for Pichkari, until he balked at his latest order, and was “rewarded” with the murder of his old grandmother and his mistress and her family, as well as his own “death sentence”.

And though Haider, who survives the attempt, is deported to Karachi, he manages to find some protection and become the instrument of those who bring down Pichkari.

Who accomplishes it and how forms the crux of the sometimes viscerally disturbing, but compellingly readable, book.

Hamid, whose debut book showed Karachi through the eyes of policemen (easy, given his decade-long police service, including in Karachi Police’s Counter Terrorism Department), displayed more of his expertise in the second, where it is a brutal jihadi who is focus. This one shows him at his most gifted, for now he seamlessly adopts the perspective of political workers, no matter how venal or murderous.

Though anyone with some knowledge of Karachi and its politics would have no problem in knowing who Pichkari and his United Front are stand-ins for, the author is too astute to make that his sole aim.

Instead, he offers a range of unforgettable characters (both Pakistani and foreign) spanning politicians, policemen, spies, criminals, journalists, mullahs and more with varying degrees of duplicity, depravity or dedication, along with some sordid but incisive insights into winning and maintaining power in, policing or even living in Karachi.

Be it that ubiquitous form of political canvassing in South Asia: wall graffiti, which one character likens to “Twitter for the masses”, or how to source effective bombs to use against political opponents and their too-enthusiastic voters.

As the same character observes: “And the fact that the bombs were made by a Taliban expert was the greatest guarantee of their safety. You see, the fellow who made them was a genuine artist who understood precision and collateral damage…. In this city, if you want something done right, go to the Taliban.”

There are many more.

But those who have read Hamid’s earlier books will find it disappointing that characters from his debut work, specially Akbar Khan (modelled on the legendary late Chaudhry Aslam, a colleague of the author), only crop up briefly and offstage.

It would have been good to see Constantine, Tarkeen and the others again but the sweep and flow of this book does not allow you to mourn their absence for long.