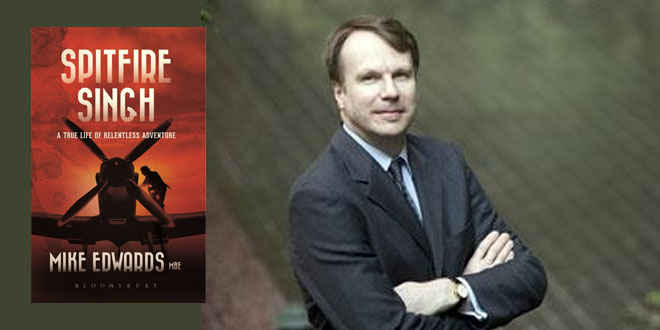 Joining the Indian Air Force in 1939 as a Pilot Officer, Marshal of the Air Force Arjan Singh had joyously anticipated he would soon be in the air. However, a “fearsome” Indian sergeant, who was not only in charge of the technicians but also of the planes too, brought his expectations “crashing to earth”, making him clean and polish the aircraft for many days before he was even allowed near the cockpit, let fly it.

Apart from the intrepid pilots, it was Indians like this sergeant, who fast earned the reputation of a miracle worker and growing respect of even his British colleagues, who ensured the IAF, which began with four biplanes, but was dismissed as a ‘sideshow’, harshly harangued by its first commander and widely predicted to fail, is today the world’s fourth-largest air force and among the most highly-regarded.

But while pioneers like Subroto Mukherjee, K.K. ‘Jumbo’ Majumdar (who was also over the Normandy beaches on D-Day), Aspy Engineer, Arjan Singh, among others, are familiar names, at least to military history buffs, Air Vice Marshal Harjinder Singh – as this sergeant ended up eventually – is not so much known.

Till this book where a remarkable man’s remarkable story from the lowest ranks to nearly the top in three eventful decades is revealed by British aviator and vintage aircraft enthusiast Mike Edwards for the first time.

How Edwards, who after a stint in the Royal Air Force and British Airways, came to be associated with the IAF and learn of Harjinder Singh, and in a way, may have retrieved his reputation, is also a story in itself, and had a curious chain of circumstances.

As he tells us, it began in 2007 when he ‘broke’ into an IAF hangar at Palam where vintage aircraft were stored and was summarily expelled by a furious, whistle-blowing guard in 2007 to convincing the IAF to restore its Vintage Flight – grounded since 1989 after an accident – and piloting an 1940s open-cockpit Tigermoth biplane at the IAF’s 80th anniversary flypast in 2012.

It was after this that Arjan Singh told Edwards about Harjiinder Singh. Some more fortuitous encounters with those who knew the late air engineer and had safeguarded his diaries and papers that enabled him to bring the story out.

The story of Harjinder Singh Bains, as he was, before he shortened his name as well as hair and became clean-shaven, that comes out here, is awe-inspiring enough in itself, for the obstacles of bigotry, hostility and discouragement (the last from some of his own countrymen), he faced and surmounted. And yet as it shows, there were British who believed in them and helped them.

But also with his story, as well of the other IAF legends, it also brings out the sacrifices made by Indians not only in securing independence, but also in ensuring that when they became free, they would be able to run a modern state effectively, especially where technical professions were concerned.

For Harjinder Singh, the point was well brought by the British principal of his engineering college in Lahore, during a college students’ strike (he was one of the ringleaders), in what is a lesson relevant to this day.

It was in pursuance of this goal that he and several other like-minded engineering students who could have obtained well-paying, cushy civillian jobs plumped to join the Indian Air Force when recruitment was opened for Indians – even when it entailed that they, despite their degrees, would start at the lowest rung possible, as mere sepoys and not even have the honour of a uniform (initially at least).

And along their hard way to grudging and then unqualified acceptance, Edwards presents fascinating accounts of the nascent IAF’s operations on the North-West Frontier Province (and narrow escapes for Mukherjee and Arjan Singh), in Burma during World War II, when they, unlike the retreating British, took the fight to the enemy, and how Majumdar planned a Netaji Subhas Chandra Bose-like step, and the challenges in a newly-free nation, including the reign of Krishna Menon as Defence Minister, and how a promising attempt to indigenously manufacture aeroplanes was squandered.

This book is thus not only a history of the early IAF, but of an aspect of modern India that deserves to be wider-known, and hence, is required reading.