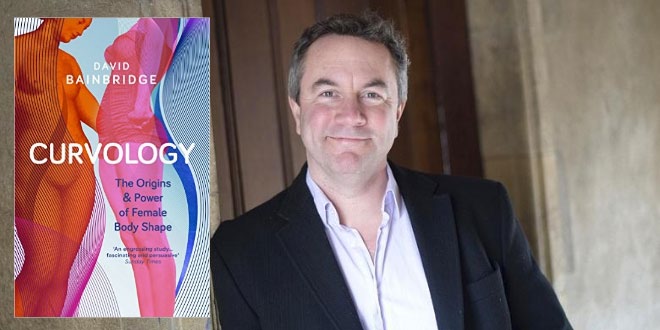 It may seem only a preoccupation of curious adolescents or a subject of adult male titillation, but the obsession over the female body is present throughout any modern society – magazine covers and advertisements are a good indication. But is a particular female form – curvy is the customary popular term – a random natural occurrence, or does it have a deeper objective? And what makes for the keen interest?

Surprisingly the answers don’t lie in nature’s whimsies, or lust or a sort of voyeurism, but in the human body’s mysterious workings, the subtle but logical processes of human evolution and the key human instinct for the propagation and survival of the species. And to prove his contention, David Bainbridge marshals many convincing arguments and considerable research, both scientific and social.

A reproductive biologist and clinical veterinary anatomist at Cambridge University, he trained as a veterinary surgeon but has studied various facets of human life, including pregnancy, the genetic underpinnings of sex, the teenage period, middle age – all which he has presented in a series of popular science books. In his sixth, he takes on the provocative (in more senses than one) issue of the “origins and power of female body shape”, in particular, the body’s “biology, the mind it contains, the culture that surrounds it – and why it has turned out to be the strangest thing in existence”.

On his motivation, Bainbridge says there were “two simple observations which spurred me to study the female body shape” – first the fact that humans are the “only species in existence with curvy females, and this bizarre uniqueness demands an explanation”, and then “that women think about their bodies more, and in fundamentally more complex ways, than men think about theirs”. And he sets out to “discover where all this came from..”

He is doubtful whether his personal and academic background makes him the ideal person to write on the subject, but then he is “also not certain who the ideal person could be”. However by avoiding the existing ongoing arguments about the subject, and “taking a more ‘zoological’ approach to this uniquely human phenomenon”, he can “answer some questions which others do not like to ask” and that a “purely cultural and sociological approach cannot explain the power of the female form without an underpinning of evolution, biology and psychology”.

Divided into three parts, the first concentrates on the “bodily biology of womanliness”, where he explains how they ended with their “unusual shape”, how each young woman becomes that way, the “dramatic variations” and the body shape’s effect of health and fertility, and the second how the body affect the mind – of what it means to ‘inhabit’ or desire one, and how “modern women negotiate the conflicting pressures of food, mood and shape”.

Thirdly, he takes up the body’s relationship with the outside world or “how different cultures and social environments judge, modify, conceal, celebrate and condemn the female body”, for a “combined physical-mental-societal” understanding makes it possible to explain the obsession – and its implications.

Despite the fascinating subject, it may seem too technical but Bainbridge enlivens it with wit and wide range of references from the Bhagavad Gita to Barbie (and Danish band Aqua’s Barbie Girl song), to Martina Navratilova to Marilyn Monroe, to different standards of the ideal female form from Jayne Mansfield to Audrey Hepburn, and to the advantages of the ‘little black dress’ and why women wear shoulder pads. There is also a range of research, including one which calculated that “the average pair of high heels causes pain after being worn for 66 minutes and 48 seconds”.

Even reaching out for this book, let being seen reading it publicly, can seem a potentially embarrassing, or liable to invite trouble from feminists or moralists. But like Bainbridge, take the risk of being deemed a “biased voyeur” rather than a “dispassionate observer” and let yourself amazed by the process and paths of human life, and how it adapts to the conditions of the millieu it inhabits.