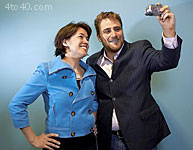 Tom Sawyer got it right. Why paint a fence when you can get your friends to do it for you for free? He would have been the perfect new-media mogul. Spending time and money creating content on the Internet is so hopelessly dated, so dotcom, so very, very 1.0. The secret of today’s successful Web 2.0 companies: build a place that attracts people by encouraging them to create the content—thereby drawing even more people in to create even more stuff. The poster child of this Sawyeresque business model is the photo-sharing site called Flickr.

Caterina Fake, an art director turned marketing whiz, and her Web designer husband Stewart Butterfield, hatched the idea after an engineer at their fledgling online-gaming company devised a cool hack that let anyone share a photo on the Web fast and effortlessly. They set to work giving users other tools, including the ability to tag photos with keywords (the better to sort and find things) and write notes on them (the better to leave wry remarks for your pals). Flickr was born in February 2004, after three months of incubation. Then it grew like a sunflower at a pig farm. About 130 million photos have been posted by some 3 million registered users so far.

Falling hardware and broadband costs make Web 2.0 companies cheap to get off the ground. Fake and Butterfield started Flickr without a penny from venture capitalists, turning to family, friends and angel investors for seed money. That’s a good thing. Flickr blossomed so fast into the de facto photo album of the Web that it attracted the attention of Yahoo, which bought it for, reportedly, nearly $30 million in March 2005. Not bad for a 16-month effort. IPOs? Web 1.0. Building it and flipping it to Yahoo, Google or Microsoft? Web 2.0. If only Mark Twain were alive. 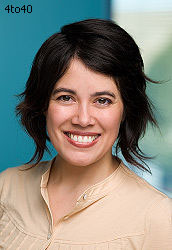 Caterina Fake is an American businesswoman and entrepreneur.

Fake is the co-founder of Hunch, a collective intelligence decision-making system that uses decision trees to make decisions based on users’ interests. It launched in June 2009.

Prior to Hunch, Fake co-founded Flickr, the popular photo-sharing service developed by Ludicorp in Vancouver, with her former spouse and partner Stewart Butterfield. Flickr was later acquired by Yahoo! in 2005. Flickr ushered in the so-called Web 2.0 integrating features such as social networking, community open APIs, tagging, and algorithms that surfaced the best, or more interesting content. At Yahoo! she ran the Technology Development group, known for its Hack Yahoo! program, a stimulus to innovation and creativity, and Brickhouse, a rapid development environment for new products. Fake resigned from Yahoo on June 13, 2008.

Prior to Flickr, she was Art Director at Salon.com and heavily involved in the development of online community, social software and personal publishing.

She joined the board of directors of Creative Commons in August 2008 and in May 2009 received an Honorary Doctorate from RISD.

Fake has won many awards, including BusinessWeek’s Best Leaders of 2005, Forbes 2005 eGang, Fast Company’s Fast 50, and Red Herring’s 20 Entrepreneurs under 35. In 2006, she was named to the Time 100, Time Magazine’s list of the world’s 100 most influential people. She sits on the board of Etsy, and advises many startups and new businesses. 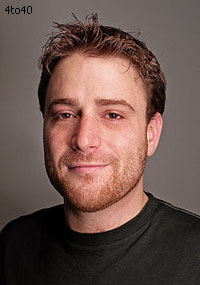 Stewart Butterfield (born Daniel Stewart Butterfield in 1973) is a Canadian-born entrepreneur and businessman. He co-founded the photo sharing website Flickr and its parent company Ludicorp with Caterina Fake. In March 2005 Ludicorp was acquired by Yahoo!, where Butterfield continued as the General Manager of Flickr. Butterfield resigned from Yahoo effective July 12, 2008.

In 2005, Butterfield was named one of Businessweek’s Top 50 Leaders in the entrepreneur category and was awarded a TR35 award as one of 35 top innovators under the age of 35 by MIT’s Technology Review. In 2006, he was named to the Time 100, Time Magazine’s list of the 100 most influential people in the world. In the same year, he appeared on the cover of Newsweek magazine.

Share
Previous Why’s the Sun Red during Sunrise and Sunset?
Next Why’s it hard for Ketchup to flow?