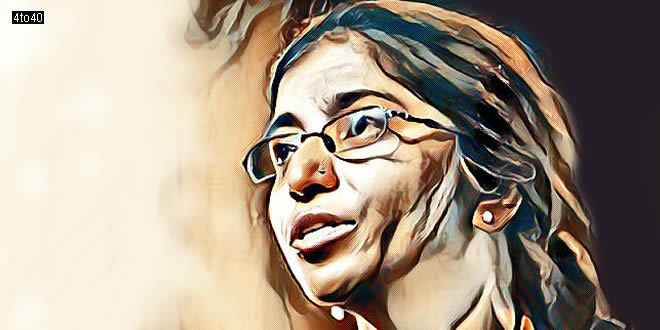 Sunita Krishnan — Dr. Sunitha Krishnan who was born in 1972, in Bangalore. She did her Ph.D. (Social Work), MSW (Psychiatric Social Work) and B.Sc. (Environmental Science). She is an Indian social activist and chief functionary and co-founder of Prajwala, an institution that has helped thousands of trafficked women and girls find a safe haven in their shelter.

The organization also helps pay for the education of five thousand children infected with HIV/AIDS in Hyderabad alone. Prajwala’s “second-generation” prevention program operates in 17 transition centers and has helped thousands of children of prostituted mothers. The NGO’s strategy is to remove women from brothels by giving their children educational and career opportunities. Krishnan and her staff train survivors in carpentry, welding, printing, masonry and housekeeping.

She admitted that rescuing girls is never a very safe business, sharing that she can no longer hear out of her right ear, and that she has been beaten up during interventions more than a dozen times. Her strong voice and powerful body language ensured that no one could claim to have misunderstood her points.

Sunita Krishnan stands barely taller than the children that she plays with in school. But she is a towering figure. She is their big sister, mother and school principal.

“Children here have been rescued from all kinds of sexual exploitation. incestual rape, sex tourism, being abused in pornographic films and being sold in brothel-based prostitution. The youngest child here is three-years-old, says Sunita.

As a teenager, Sunita herself had been gang raped. The incident made her angry more than leaving her shattered. It was then that she started an anti-trafficking organisation, Prajwala.

She also started Prajwala when one of the oldest red light districts in Hyderabad was getting evacuated.

And since then, she has been rescuing women from brothels across Andhra Pradesh, taking on the ruthless trafficking mafia everyday.

Previous Ramesh Krishnan Biography For Students
Next What are the Different Names of Krishna?