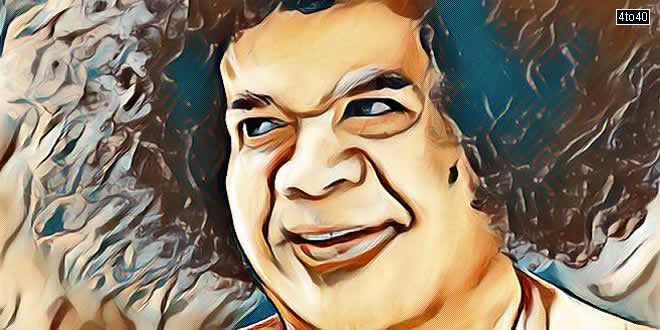 Sathya Sai Baba — A great spiritual leader, Sri Sathya Sai Baba preaches the path of spirituality to one and all. His main aim in life is to serve the mankind and provide tem with proper guidance, towards which He has been working since the age of 14 years. Devotees from far and wide visit Sathya Sai Baba Ashram, situated at Puttaparthi, to seek His blessings. Read on this biography of Sri Sathya Sai Baba to know about His life history. 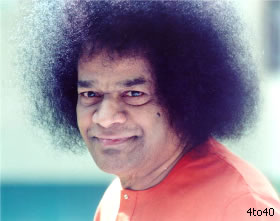 Shri Satya Sai Baba was born as Sathyanarayana Raju in the small village of Puttaparthi, in Andhra Pradesh. Raju completed Elementary School at Bukkapatnam and then joined the high school at Uravakonda. At Uravakonda, He claimed of being bitten by a scorpion, which nobody could find. As a result of this incident, he went into deep coma. After he came out from coma, Raju started behaving in a strange manner, not eating food, reciting ancient shalokas, etc. Finally, at the age of fourteen, he realized His true calling in life and renounced the world.

Puttaparthi claims the distinction of housing the main ashram of Sathya Sai Baba. It is known by the name of Prasanthi Nilayam and was inaugurated by the Baba in the year 1950, on his 25th birthday.

The summary of the main teachings of Baba is given below…

Sathya Sai Baba said that he would die at age 96, and would remain healthy until then. After 2005, he used a wheelchair and his failing health forced him to make fewer public appearances. In 2006, he suffered a fractured hip when a student standing on an iron stool slipped, and both the boy and stool fell on him. After that, he gave darshan from a car or his porte chair.

Sathya Sai Baba was admitted to a hospital at Prashantigram at Puttaparthi on 28 March 2011, following respiration-related problems. After nearly a month of hospitalization, during which his condition progressively deteriorated, Sai Baba died on 24 April at 7:40 IST. He was 84 years old, though he considered himself to be 85 as he was in his 85th year.

Political reactions were swift with many offering their condolences, including Prime Minister Manmohan Singh and the Dalai Lama. Others who reacted to his death included cricketer Sachin Tendulkar, who canceled his birthday celebrations. The Hindu newspaper reported that “Sri Sathya Sai Baba’s propagation of spiritualism and preaching of Hindu philosophy never came in the way of his commitment to secular beliefs.” The Government of Karnataka had declared 25 and 26 April as days of mourning and Andhra Pradesh declared 25, 26 and 27 April as days of mourning.

His body lay in state for two days, after which it was buried on April 27, 2011. The burial was accorded the status of a state funeral by the Andhra Pradesh government. The Indian Prime Minister Manmohan Singh, Congress president Sonia Gandhi, Gujarat Chief Minister Narendra Modi and Union Ministers S. M. Krishna and Ambika Soni apart from various other political leaders, celebrities and intellectuals were in attendance through the last rites. Around 500,000 people were estimated to have attended the burial.