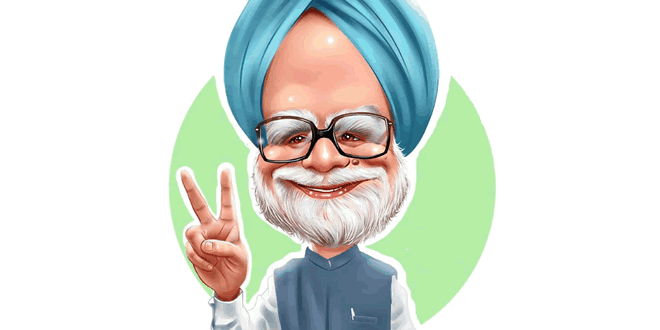 Manmohan Singh — The unassuming professor from the Delhi School of Economics was the most unlikely choice to lead the ragtag coalition of Congress, Leftists, Bihar politicos… the list goes on. But then, as Singh himself once said quoting Victor Hugo, “No power on earth can stop an idea whose time has come”. The academic-turned-civil servant, who studied economics at Cambridge and Oxford, became India’s finance minister in 1991 when the country was plunging into bankruptcy. With his mantra of ‘Globalization with a Human Face’, the man turned around the country. And then, came the Prime Ministership when Sonia Gandhi abdicated the throne in favor of the soft-spoken sardarji. In his own quiet way, Singh has managed to send India’s GDP as well as Sensex soarin. There have been brickbats along the way but then it is a crown of thorns that the Indian PM wears and Singh has taken it in his stride. Considered one of the cleanest politicians in India, he is a rare combination of a thinker-politician. India can do with a few more people of his kind.

Manmohan Singh is the 13th Prime Minister of India. He was born on 26 September 1932, Gah, West Punjab (now in Pakistan) and is member of the left-of-centre Indian National Congress party. The first Sikh Indian prime minister, Singh was sworn in on May 22, 2004.

Singh is an economist by training, and has formerly served in the International Monetary Fund. His economics education included an undergraduate (1952) and a master’s degree (1954) from Punjab University; an undergraduate degree (1957) from Cambridge University (St. John’s College); and a doctorate (1962) from Oxford University (Nuffield College). Singh is also known as a low-key politician, enjoying an image as “squeaky clean”. He was awarded the Outstanding Parliamentarian Award in 2002. Singh is held in high esteem, and regard, all over the country and the world. Before becoming prime minister, he served as an advisor to opposition leader Sonia Gandhi and as the finance minister under Prime Minister Narasimha Rao.

Singh has been married since 1958; he and his wife, Mrs. Gursharan Kaur have three daughters.

Although his economic policies – which included the reduction of several redundant socialist policies – were widely popular, especially among the middle class, Singh lost his seat in the Lok Sabha from South Delhi in 1999. He was also a member of the Rajya Sabha from Assam since 1991 and the upper house leader of the opposition from 1998 – 2004 when India was governed by the right-of-centre Bharatiya Janata Party, or BJP.

Manmohan Singh, best known as ‘Father of Indian Reforms‘, has emerged as the Congress party’s front-runner, the 14th Prime Minister of India and also the first Sikh to have reached the country’s top legislative position. Hailed to be the cleanest man in Indian politics, he was Former Finance Minister and author of the post-1991 economic reforms.

He was Born to Mr Gurmukh Singh and Mrs Gursharan Kaur on September 26, 1932 in a small village Gah (West Punjab), now in Pakistan. A brilliant student, Manmohan Singh secured top marks in almost all the major examinations he wrote. After his Masters in Economics from Amritsar’s Hindu College under Punjab University he won scholarships to Cambridge and Oxford, earning a doctorate with a thesis on the critical role of exports and free trade in India’s economy. Manmohan Singh won the prestigious Adam Smith prize in 1956 from Cambridge University.

The following year, he returned to India as a university lecturer and for the next nine years remained at Punjab University before being posted for international duty with UNCTAD (United Nations Conference on Trade and Development). He then joined the Delhi School of Economics as a professor. Two years later, his academic career was cut short and he joined the government to serve in various capacities.

An academician, he was discovered by former prime minister Shri. P.V Narasimha Rao. Rao offered him the finance ministry in 1991 under the Congress Government, and the chance to rescue a sickly economy threatened by an acute balance of payments crisis. During his stint as the finance minister (1991-1996), the suave, soft-spoken Sikh guided India out of financial trouble and put the country on course to becoming an economic power by opening up the economy to foreign investment and slashing trade barriers.

Singh was always an unlikely politician, who was routed in a parliamentary election in 1999. In fact, he has never won an election and sits in the upper house. Politically, Manmohan Singh is the classic example of the stateless politician.

The 71 year old prime minister is married to Gursharan Kaur, they have three daughters.