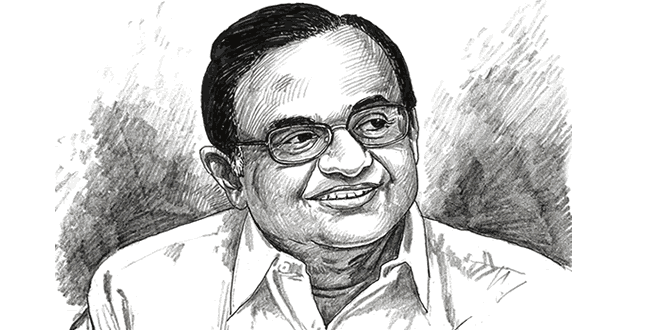 P. Chidambaram – Palaniappan Chidambaram (born 16 September 1945) is an Indian politician affiliated with the Indian National Congress and a former Union Minister of Finance of India. Chidambaram is a corporate lawyer and an important member of the last Congress-led government. He has been the Finance Minister since May 2004, except for a three and a half year stint – beginning November 2008 – as Home Minister, in the wake of the 2008 Mumbai terror attacks. Chidambaram returned as Finance Minister in July 2012, succeeding Pranab Mukherjee, who demitted office to become the President of India.

In the budget for 1996–97, Chidambaram brought discipline in government spending and launched an ambitious tax reform program to tackle an unwieldy fiscal deficit. In 2008, his move to waive off farmer debt has played a role in boosting aggregate demand in the Indian economy, thereby effectively insulating India from the impact of recession. He is a known supporter of the Gandhi dynasty. In particular, he has supported Rahul Gandhi, because of whom, people allege, Congress suffered a humiliating defeat in the general elections of 2014.

Chidambaram was born to Kandanur L. Ct. L. Palaniappa Chettiar and Lakshmi Achi in Kanadukathan in the Sivaganga District, in the state of Tamil Nadu, India. His maternal grandfather was Raja Sir Annamalai Chettiar, a wealthy merchant and banker from Chettinad. Chidambaram did his schooling at the Madras Christian College Higher Secondary School and received a pre-university degree from Loyola College, Chennai. After graduating with a BSc degree in statistics from the Presidency College, Chennai, he completed his Bachelor of Laws from the Madras Law College (now Dr. Ambedkar Government Law College) and his MBA from Harvard Business School in the class of 1968. He also holds a Master’s degree from Loyola College in Chennai. During this time his politics inclined to the left and in 1969 he joined N. Ram, later editor of The Hindu, and the women’s activist Mythili Sivaraman in starting a journal called the Radical Review.

Chidambaram has two brothers and one sister. His father’s business interests covered textiles, trading and plantations in India. He chose to concentrate on his legal practice and stayed away from the family business.

He enrolled as a lawyer in the Madras High Court. He became a senior advocate in 1984. He had offices in Delhi and Chennai and practiced in the Supreme Court and in various high courts of India.