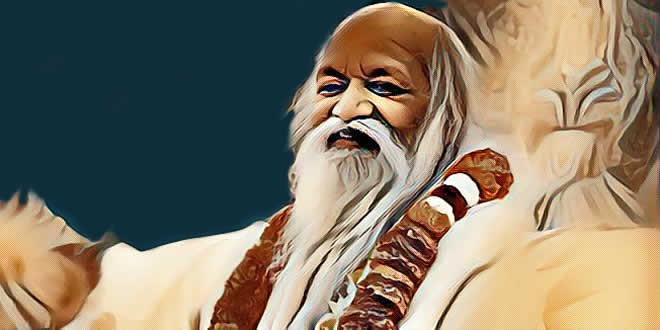 Maharishi Mahesh Yogi (born between 1911 and 1918, Jabalpur, India, possibly on 12 January; died February 5, 2008, Vlodrop, Netherlands), founded and developed the Transcendental Meditation technique and related programs and initiatives, including schools and a university with campuses in the United States and China. 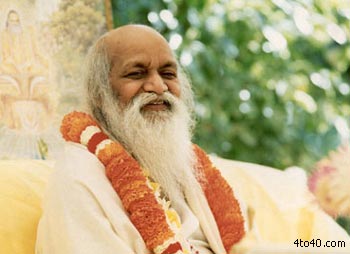 He was born in India. Various years are given for his birth: most frequently 1911, 1917, and 1918, and some sources state he was born on January 12 but others say his date of birth is unknown.

Around 1939 he became a disciple of Swami Brahmananda Saraswati who, from 1941 to 1953, was the Shankaracharya (spiritual leader) of Jyotir Math, located in the Indian Himalayas. Maharishi credits the Shankaracharya with inspiring his teachings. Since his first global tour in 1958, Maharishi’s techniques for human development have been taught worldwide. He continued to focus on making all aspects of the Vedic Literature widely available. He became well-known in the Western world due to The Beatles having visited him in 1968. Starting in 1990, Maharishi coordinated his global activities from his residence in Vlodrop, the Netherlands. On January 11, 2008, he announced his retirement from all administrative activities and went into Mauna (spiritual silence). He declared: “Invincibility is irreversibly established in the world. My work is done. My designated duty to Guru Dev is fulfilled.” On February 5th, the Maharishi passed away, alert, in yoga posture.

Maharishi Mahesh Yogi was born to a Hindu family living in Jabalpur in the Central Provinces of British India and was named Mahesh Prasad Varma at birth (although the Allahabad University list of distinguished alumni calls him “M. C. Shrivastava”). He earned a degree in physics at Allahabad University.

According to Jay Randolph Coplin, the name “Mahesh” indicated that Maharishi came from a Hindu family that worshipped Shiva. Cynthia Anne Hume writes that his family was of the kayastha (scribal) caste; contrary to some reports, caste rules allow the honorific terms “yogi” or “maharishi” to be applied to kayasthas. The scribal caste origin is also stated in the New York Times obituary.

In 1941 he became a secretary to Swami Brahmananda Saraswati, who gave him the name Bal Brahmacharya Mahesh. Besides indicating his family faith, Coplin says the conferred title “identified him as a dedicated student of spiritual knowledge and life-long celibate ascetic.” Maharishi remained with Brahmananda Saraswati until the latter passed away in 1953. Although Maharishi was a close disciple, he could not be the Shankaracharya’s spiritual successor since he was not of the Brahmin caste.

In 1953, Maharishi Mahesh Yogi moved to Uttarkashi, in the Valley of the Saints, in the Himalayas, where his own Master had lived in previous decades with his Master, Swami Krishanand Saraswati. In 1955, Maharishi left Uttarkashi,and began publicly teaching what he states is a traditional meditation technique that he later renamed Transcendental Meditation. He began The Spiritual Regeneration Movement in 1957, in Madras, India, on the concluding day of the Seminar of Spiritual Luminaries. According to J. Lynwood King, the feedback Maharishi received from the diverse population that learned his technique suggested to him that it could be of wide benefit. By 1958 Maharishi had begun the first of a number of worldwide tours.

After starting the Spiritual Regeneration Movement in the United States, Maharishi continued his world tour. He travelled to Europe in early 1960, stopping first in London. During the next two years, he returned to India and the Far East, before revisiting the U.S., Europe, and Africa. He lectured about and taught the Transcendental Meditation technique, and also established administrative centers where practitioners could meet in his absence. Eventually the more experienced practitioners were trained to become teachers of the technique. In 1961, he conducted his first international Teacher Training Course near Rishikesh, India. Over 60 meditators from India, Canada, Denmark, Germany, Britain, Malaya, Norway, the United States, Australia, Greece, Italy and the West Indies attended. Teachers have continued to be trained.

Maharishi International University (renamed Maharishi University of Management in 1995), the first university Maharishi founded, initially held classes in Santa Barbara, California, in the 1973-74 academic year. After that, the university moved to Fairfield, Iowa, where it remains today. The university houses a library of Maharishi’s taped lectures and writings that includes the 33-lesson, Science of Creative Intelligence course, originally a series of lectures given by Maharishi in Fuiggi, Italy, in 1972. Described in the M.U.M. university catalogue as combining modern science, and Vedic science, the course also describes claimed higher states of consciousness and guidance on how to attain these states.

Over the years Maharishi continued to introduce programs and practices such as an alternative medical system called Maharishi Ayur Veda, Maharishi Jyotish, a system of Vedic astrology, Maharishi Sthapatya Veda, a system of Vedic architecture, Maharishi Gandharva Ved, and various other practices related to music, systems of education, theories of management, defense, and government. Maharishi also offered a program said to alleviate poverty and introduced a new currency, Raam Mudra, toward this end.