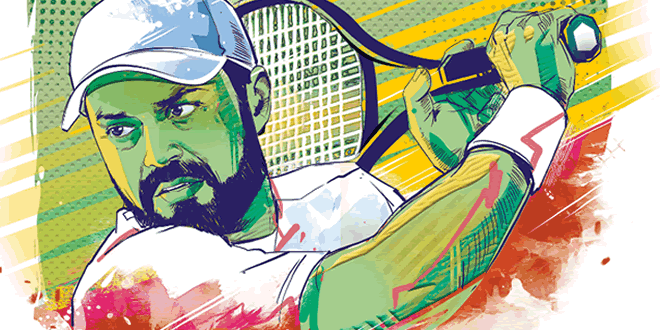 Indian tennis player Leander Paes has scripted many memorable triumphs, both at the national and international levels. The Wimbledon Junior title and US Open Champion has brought laurels to the country, in his career spanning over a decade. In the past, he paired with another veteran Indian player – Mahesh Bhupathi – to deliver some enthralling performances. Paes is the inspiration to the young Indian tennis players. He is one of the most successful professional Indian tennis players, known worldwide for his amazing achievements and the never-say-die attitude that he maintains, while on the tennis court. 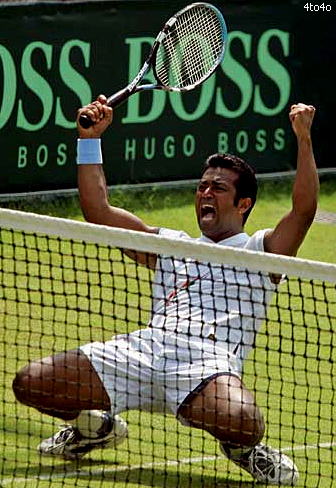 Leander Paes was born on 17 June 1973, in Calcutta, India. Belonging to the Goan Catholic community in Calcutta (the present day Kolkata), his parents – father Vece Paes and mother Jennifer Paes were sportspersons. Vece was a midfielder in the Indian field hockey team, while Jennifer was a basketball player. Leander Paes attended La Martiniere School and graduated from St. Xavier’s College in Calcutta. Thereafter, he was enrolled into the Britannia Amritraj Tennis Academy in Madras in 1985, where he was given training by Coach Dave O’Meara. Paes sharpened his skills in tennis by practicing at the Academy.

Right from his early entry to tennis, Leander Paes proved to be a promising player. He won titles at the Junior US Open and the Junior Wimbledon, thus making the promise even stronger. Thereafter, he decided to take up tennis as his profession and turned into a professional tennis player in 1991. He shot into limelight, when he was ranked the World No.1 player in junior rankings. In the following year, he made it to the quarter finals of the doubles match in the 1992 Barcelona Olympics, by pairing with veteran tennis player Ramesh Krishnan.

Paes continued to perform outstandingly, as the time passed by. In 1996, he represented India at the Atlanta Olympics and won bronze medal, thus becoming the Indian tennis player, next to KD Jadhav, to win an individual Olympic medal for India. The scintillating performance fetched Paes the prestigious Rajiv Gandhi Khel Ratna Award in 1996. Thereafter, Paes partnered with Mahesh Bhupathi to add to the tally of his titles. The Paes-Bhupathi combination proved a reward for the Indian tennis, as the duo brought a number of titles to the homeland. They entered the semi-finals of the US Open in 1997.

The doubles team of Leander Paes and Mahesh Bhupathi continued to dominate a number of tennis tournaments. One of the notable achievements of Paes-Bhupathi pair was the entry to the semi-finals of three Grand Slams – the Australian Open, the French Open and the US Open – in 1998. The duo created a record, by reaching the finals of all the four Grand Slams, in 1999. By winning the French Open and the Wimbledon, Paes-Bhupathi team became the first Indian pair to have won a doubles event at a Grand Slam tournament.

Apart from pairing with Mahesh Bhupathi, Paes has teamed up with Lisa Raymond to win the Mixed doubles event at Wimbledon in 1999. In the following year, he paired with Sebastien Lareau for the Australian Open and Jan Siemerink for the French Open. However, in both the events, they were defeated in the first round itself. Paes partnered with Bhupathi for the US Open, which fetched defeat in the very first round. Despite of wining the French Open in 2001, the Paes-Bhupathi duo lost in the first round in the other three Grand Slams of the year. Paes picked up pace in 2003, when he won Wimbledon and Australian Open mixed doubles crowns with Martina Navratilova.

In the following years, Leander Paes put more focus on his doubles and mixed doubles game. He featured at many Mixed Doubles events, where he registered wins and tasted defeat too. After failing at the semi final stage of doubles event at the 2004 Athens Olympic Games (when he paired with Bhupathi), Paes emerged victorious at the US Open doubles event in 2006. He was chosen the captain of the Indian tennis team at the Doha Asian Games in 2006, in which, he won two gold medals in the Men’s Doubles event (teaming Mahesh Bhupathi) and Mixed Doubles (paired with Sania Mirza).

Leander Paes continues to be one of the promising Indian tennis players. He was ranked among the top 20 players in the world doubles ranking in 2005 and maintained the position until 2007. He has taken his doubles tally to a whopping 38 times, as per recorded in May 2007. Although he had a split with his compatriot Bhupathi, the duo teamed up again at the 2008 Beijing Olympics. By teaming with Cara Black, Leander Paes won the US Open Mixed Doubles title in 2008. Although he is towards the end of his career, Paes continues to maintain his charm and authoritativeness, whenever he is on the tennis court.