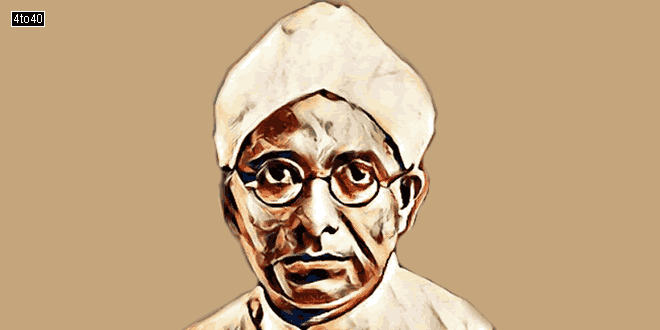 Padma Bhushan Sir Kariamanickam Srinivasa Krishnan, (Fellow of the Royal Society) FRS, (4 December 1898 – 14 June 1961) was an Indian physicist. He was a co-discoverer of Raman scattering, for which his mentor C.V. Raman was awarded the 1930 Nobel Prize in Physics.

Kariamanickam Srinivasa Krishnan, generally referred to as K. S. Krishnan or KSK, was born on December 4, 1898 in Watrap, Tamil Nadu. His father was a farmer scholar deeply versed in Tamil and Sanskrit literature. He had his early schooling in G.S. Hindu Higher Secondary school, Srivilliputhur near to his native village, after which he attended the American College, Madurai and the Christian College, Madras where after gaining his degree in Physics he became a Lecturer in Chemistry.

In 1920, Krishnan went to work with C.V. Raman at the Indian Association for the Cultivation of Science, Kolkata (then Calcutta). There he engaged himself in experimental study of the scattering of light in a large number of liquids and its theoretical interpretations. He played a significant role in the discovery of the Raman Effect.

In 1940 was elected as Fellow of the Royal Society. His Royal Society candidature certificate in 1935 read: “Distinguished for his investigations in molecular optics and in magne-crystalline action: collaborated with Sir C.V. Raman in extensive theoretical and experimental studies on light scattering, molecular optics and in the discovery of the Raman Effect (1928). More recently has been publishing many valuable investigations (Phil Trans Royal Society and elsewhere) on the significance of magnetic anisotropy in relation to crystal architecture and thermo-magnetic behaviour at the lowest temperatures. Has published important work on pleochroism in crystals and its relation to photo-dissociation. Leader of an active scholl of research in Calcutta.”

In 1942, he moved to Allahabad University as Professor and Head of the Department of Physics where he took up the physics of solids, in particular of metals.

He was knighted in 1946 and awarded the Padma Bhushan by the Government of India in 1954. He was the first recipient of the prestigious Bhatnagar Award in 1958.

Previous Calyampudi Radhakrishna Rao Biography
Next A Wisp of Straw: Making Of A Bird House