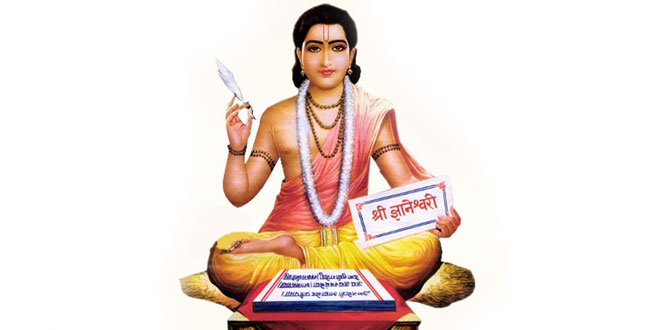 Gyaneshwar Biography For Students And Children

It is difficult to pinpoint who exactly Gyaneshwar was. He had so many talents in himself, that it is not easy to explain his contribution to the Indian culture in a single sentence. He was a poet, an intellectual, a spiritual leader, a master of yoga and an enlightened One. As we move on further with Gyaneshwar Biography, you will be able to see the many faucets of his personality more clearly. 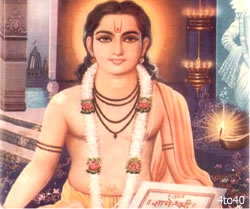 Gyaneshwar was born in the year 1271 in a small village near the Godavari River. His father, Vithalpant, found married life annoying and deserted his wife to seek refuge in the holy city of Benaras. However, the Guru who had initiated him came to know about his wife and sent him back to his village. Later, four children were born to them. The first was Nvrittinath, then Gyaneshwar (in 1271), another boy Sopana and a daughter Muktabai. All the siblings became great spiritual leaders in their might. Read on further to know more about the life history of Gyaneshwar…

Sant Gnaneshwar was initiated by his elder brother, Nvrittinath. Soon after his initiation, he realized that the Bhagvad Gita is the best text in satisfying the spiritual needs of people. At the same time, he appreciated the fact that it is difficult for the common people to comprehend the great text, since it was written in Sanskrit. It was then that he took the decision to translate the great text into a common language. With this, he laid the basis for Marathi language.

Many people came in the way of Jnaneshwar / Gyaneshwar and he won over them with his knowledge as well a through his miracles. One story goes that he swayed a troublemaker by making him see Muktabai, his sister, cook food over his back. It implied that his spiritual power was so strong that the heat it gave served as the fire for cooking. It is also said that he once gave back life to a dead person. However, Gyaneshwar never ever mentioned his miracles in his own writings.

Previous Parents Day Around The World: Information For Students
Next Who is an environmental refugee?