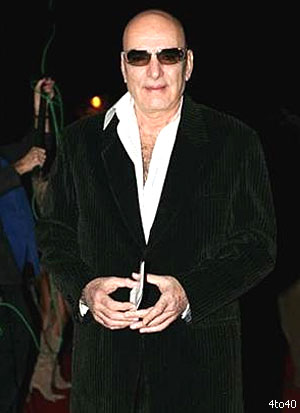 Feroz Khan was born in Bangalore, India. His father was Sadiq Ali Khan Tanoli, who was a Pathan originally from Ghazni province of Afghanistan and his mother (Fatima) came from Iran. He has three brothers Sanjay Khan, Sameer Khan and Akbar Khan. After his schooling from Bangalore, he arrived in Mumbai where he made his debut as second lead in Didi (1960).

For the next five years he was forced to play the second to last lead in most of the movies. Through the early 1960-70s he made low-budget thrillers opposite starlets. He also appeared in an English-language film titled Tarzan Goes to India in 1962 opposite Simi Garewal. His first big hit was in 1965 with the release of Oonche Log. It was his first major hit, but failed to attain the success he had hoped. Again, in the same year, he played a sacrificing lover in the mushy musical Arzoo. With this, Khan earned his entry into A-list second leads. With the film Aadmi Aur Insaan (1969), Khan won his first Filmfare award for Best Actor in a Supporting Role. In 1971-75 he appeared alongside his real-life brother Sanjay Khan in the hit film Mela.

He turned into a successful producer and director so as to improve his career opportunities as a leading man. He produced, directed and starred in the 1975 -77 film Dharmatma which was the first Indian film to be shot in Afghanistan and was also his first blockbuster hit as producer, director and star. This movie was inspired by the Hollywood film The Godfather. In 1976 he was one of the many actors to appear in the cult classic horror film Nagin which also had his brother Sanjay in one of the lead roles.

Throughout the 1970s and 1980s, he was a leading Bollywood star. He directed and starred in many of his films. The movie Qurbani (1980) was the biggest hit of his career and also launched the singing career of Nazia Hassan. In 1986 he directed and starred in Janbaaz which was a box office hit. One of his best movies, with an all star cast, great songs and excellent cinematography. In 1988 he directed and starred in Dayavan which was a remake of a South Indian film titled Nayagan. After he directed and starred in Yalghaar (1992), he took a long break from acting for 11 years and took to producing, directing and even editing a few films. He launched his son Fardeen Khan’s career with the 1998 film Prem Aggan which was however a box office failure. In 2003 he produced and directed Janasheen (2003) which also starred his son Fardeen and marked Firoz’s acting comeback, it would be pertinent to mention here that he always used performing animals in his films – a Chipanjee & lion were used in this Janasheen but People for Animals (PFA) Haryana – chairman Naresh Kadyan moved a complaint in the court of law at Faridabad for animal cruelty & legal action as per law against the Producer, Director & actor. He starred with his son again in Ek Khiladi Ek Haseena (2005) which was not directed by him and most recently appeared in Welcome (2007).

In 1965, he married Sundari, a designer and part of the Page Three circuit in Mumbai. They had two children together, Laila and Fardeen Khan (b. 1974). In 1985, after 20 years of marriage, he divorced his wife.

The legendary actor died on 26th April, 2009 at the age of 69, in his Bangalore farmhouse. He was a known Indian nationalist. The actor had been diagnosed with cancer over a year before his death. As he was an animal lover & to mark respect / pay kind homage & tribute to the departed soul, the International Organization for Animal Protection – OIPA in India -lit a candle.