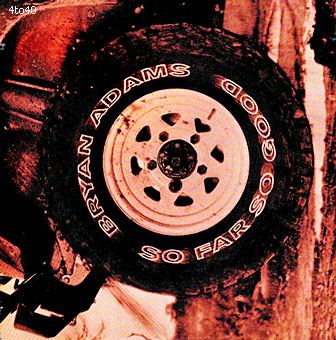 Bryan Guy Adams, is a Canadian rock singer-songwriter, guitarist, producer, and photographer. He was Born on 5 November 1959. He was born in Kingston, Ontario, Canada, to English parents. Adams’s father was a diplomat so he grew up traveling around the world with his parents. In 1973, Adams’s family returned to Canada and settled down in Vancouver, British Columbia, where he attended Argyle Secondary School and Sutherland Secondary School.

His musical goals began during his teenage years. He washed dishes, sold pet food, and worked in record stores. At the age of 15, Adam quit school to play in nightclubs with bands like Shock and Sweeney Todd, who released an album called “If Wishes Were Horses” with the fifteen year old Adams as lead singer. In 1978, at the age of 18, Adams sent a few demo recordings to A&M Records in Toronto. Some of the first demos written in 1978 have surfaced over the years, most notably “I’m Ready” (recorded for both the album Cuts Like a Knife and later his release for MTV Unplugged) and “Remember”, which was recorded on his first album. Both songs were covered by other artists even before his first album was released. Also recorded during this time was Adams’s first single, “Let Me Take You Dancing”, which made the Canadian RPM chart in March 1979. 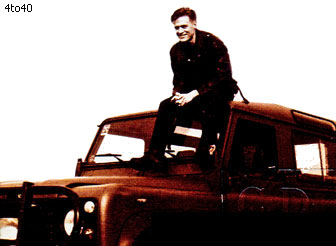 Adams is the bestselling Canadian male recording artist of all time and has won dozens of awards and nominations, including 18 Juno Awards among 56 nominations, including wins for Best Male Artist in 2000 and Male Vocalist of the Year in 1997 and every year from 1983 to 1987, as well as Junos for Producer, Composer, and Songwriter of the Year. He holds the record for most Juno nominations in one single night along with Celine Dion ,i.e., 7 nominations. He has also had 15 Grammy Award nominations including a win for Best Song Written Specifically for a Motion Picture or Television for “(Everything I Do) I Do It for You” in 1992. He has also won MTV, ASCAP, and American Music awards. He has also won two Ivor Novello Awards and has been nominated for several Golden Globe Awards and three times for Academy Awards for his songwriting for films.

Adams was awarded the Order of Canada and the Order of British Columbia for contributions to popular music and philanthropic work. Most of Adams’s philanthropic activity is dedicated to his foundation “The Bryan Adams Foundation”, which aims to advance education and learning opportunities for children and young people worldwide, believing that an education is the best gift that a child can be given. The Foundation’s area of support is broad and far-reaching, enabling grants to be given for projects supporting the elderly, victims of war and natural disasters, and those suffering from mental or physical illness. The foundation is completely funded by his photographic activities.

He is a well known photographer. Adams has had his photographs published in British Vogue, L’uomo Vogue, Harper’s Bazaar, Esquire, Interview magazine and i-D, among others. His other photographic efforts include publishing Zoo Magazine, the fashion/art magazine based in Berlin, Germany. On 1 June 2005, he published his first book of photos in the United States with Calvin Klein called American Women; proceeds from this book go to breast cancer research for programs at the Memorial Sloan – Kettering Cancer Center in New York City. He released a similar book of photos called Made In Canada in December 1999 followed by Haven in 2000. All of his books were dedicated to his friend Donna, who died of the disease. As a photographer, Adams has worked with many of his musical peers, including Mick Jagger, Ray Charles, Tina Turner, Rod Stewart, Robert Plant, Take That, Joss Stone, Plácido Domingo, Sarah McLaughlin, Celine Dion, Billy Idol, Moby, Amy Winehouse, t.A.T.u., Annie Lennox, Peter Gabriel, Bryan Ferry, Lenny Kravitz, Die Antwoord, and Morrissey to name a few. On 27 November 2000 Bryan played onstage with The Who at the Royal Albert Hall. A DVD of the concert was issued. Bryan photographed the band and his photos appear in the DVD booklet.

Bryan Adams supports the Hear the World initiative as a photographer in its aim to raise global awareness for the topic of hearing and hearing loss. Adams has shot covers for their magazine, a quarterly culture and lifestyle publication dedicated to the topic of hearing.

Photographed Michael J. Fox and Tatjana Patitz in the 2011 Carl Zeiss AG company calendar in New York City in the summer of 2010. The focus was about the size difference of the subjects in a comedic presentation.

Adams was inducted into Canada’s Walk of Fame in 1998, and in April 2006 he was inducted into the Canadian Music Hall of Fame at Canada’s Juno Awards. In 2008, Bryan was ranked 38 on the list of All-Time top artists by the Billboard Hot 100 50th Anniversary Charts. On 13 January 2010, he received the Allan Waters Humanitarian Award for his part in numerous charitable concerts and campaigns during his career, and on 1 May 2010 was given the Governor General’s Performing Arts Award for his 30 years of contributions to the arts.

His sales number has varied from a low 65 to a high 100 million sold records worldwide.