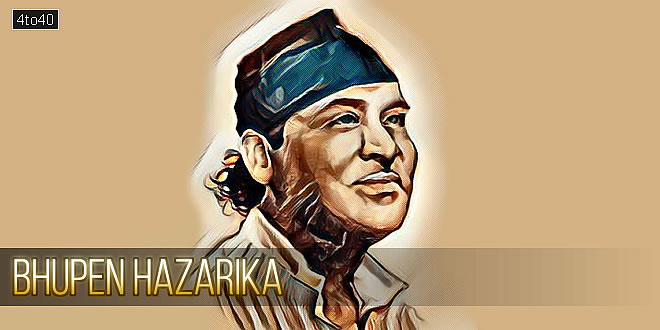 Bhupen Hazarika was born on 8 September, 1926 in Tinsukia district, Assam. Due to his evergreen songs, he was also known as ‘Bard of Brahmaputra’. Most of us have listened his one of the famous songs ‘Dil Hoom Hoom Kare‘ from the film Rudaali. No doubt the song was sung so beautifully and captured the whole film. It also moved the audience to tears. Let us tell you that Bhupen Hazarika himself composed the song and also lent his voice to the duet.

Bhupen Hazarika was born on 8 September 1926 in Sadiya, Assam. His father was Nilkanta Hazarika and Mother was Shantipriya Hazarika. He was the eldest son of their ten children. He had completed his early education from Sonaram High School in Guwahati, Dhubri and 1940, he had completed his matriculation from Tezpur High School. In 1942, he had completed his Intermediate Arts from Cotton College, in 1944 B.A and in 1946 M.A in Political Science from Banaras Hindu University. He then worked at All India Radio, Guwahati where he won a scholarship from Columbia University, New York and completed his Ph.D. in Mass Communication. He completed his doctoral degree on thesis “Proposals for Preparing India’s Basic Education to use Audio-Visual Techniques in Adult Education’. From Chicago University, USA, he received the Lisle Fellowship also.

Let us tell you that in his childhood days, his musical talent was spotted by Jyotiprasad Agarwal, the noted Assamese lyricist and Bishnu Prasad Rabha, a renowned Assamese artist. He travelled to Kolkata with his mentors in 1936 and recorded his first song for the Selona Company. He also sang two songs in the film ‘Indramati’ in 1939. At the age of 13, he wrote his first song, ‘Agnijugor Firingoti Moi’.

Bhupen Hazarika, at Columbia University, was greatly influenced by Paul Robeson who was a civil rights activist and he composed a song namely ‘Bistirno parore’ which was based on the imagery and theme of Robeson’s ‘Ol Man River’.

In the third All Assam conference of IPTA, Bhupen Hazarika served as the Secretary of the Reception Committee. At the Gauhati University, he served as a teacher but after a few years, he left his job and shifted to Kolkata.

Later, he made several award-winning films like ‘Shakuntala Sur’, Pratidhwani. His directorial ventures include ‘Lati-Ghati’, ‘Chik Mik Bijuli’, ‘For Whom the Sun Shines’ and ‘Mera Dharam Meri Maa’.

He had composed songs and music for several Assamese and Bangla movies including ‘Aarop’, ‘Chameli Memsaab’ and ‘Shimana Perye’.

He was a prominent playback singer and lent his voice to various movies like ‘Era Bator Sur’, ‘Shakuntala Sur’ etc.

Recent works of Bhupen Hazarika includes ‘Darmiyaan‘, ‘Gaja Gamini‘, ‘Daman: A Victim of Marital Violence‘. Do you know which movie was his last film as a playback singer? It was ‘Gandhi to Hitler‘.

How can we forget about his major contributions to Hindi cinema as a music director of some outstanding films like ‘Arop’, ‘Ek Pal’ and ‘Rudaali’. In 1993, he won the ‘Best Music Director National Award’ for Rudaali movie.

No doubt, Bhupen Hazarika, was a man of talents who had played several roles in his real-life being as a playback singer, director, poet, composer, journalist, etc. He was a bright student in his time and served the film industry by composing beautiful music, giving his precious voice and directed movies. He will always be remembered through his works and talent. 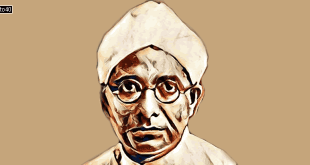