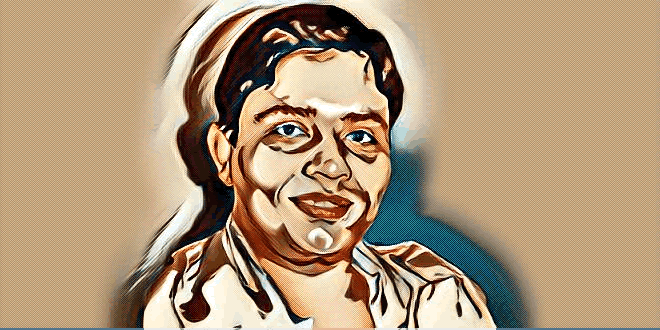 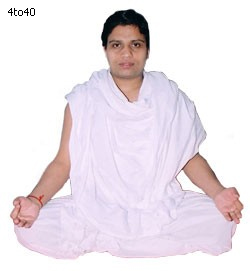 The modern science of medicine (Allopathic system) has failed to cure a number of diseases of the present time. In spite of scientific researches, treatment of many diseases has failed to bear any fruit and such diseases are, therefore, being considered as incurable. The method of treatment developed so far, only take care of the manifested symptoms like pain etc. They do not root out the original disease. After subsidence, such symptoms reappear. Some disease have been declared as incurable viz. diabetes, rheumatism, osteo-arthritis, gout (rheumatism and arthritis), migraine, cervical spondylitis, respiratory disorders, asthma , cancer, etc. Nervous disorders, heart diseases and diseases of brain like epilepsy etc. are also the diseases of same category.

In respect of these diseases, which are considered incurable in the modern medical system, the ancient sages had prescribed successful treatment. In line with the treatment of those sages, deep study of the classics, and with the grace of God, works related to upliftment, development and research in the field of Ayurveda, have been undertaken with full dedication by the Brahmakalpa Chikitsalaya (Hospital) governed by ‘Divya Yog Mandir’ (Trust) situated at the bank of river Ganga in Kripalu bagh Ashram Kankhal, Hardwar. The Medical & Research work regarding Ayurveda has recently been started in Department of Medical Science & Research in Yog & Ayurveda at newly established Patanjali Yogpeeth, Maharishi Dayanand Gram, Delhi – Hardwar National Highway, near Bahadrabad, Haridwar in a ecstatic look.

Among the major service projects run by the institution, Yog Services Project is being handled earnestly under the able guidance of the ascetic Yogrishi Swami Ram Devji Maharaj, whereas the Ayurveda treatment and research work is being carried on under the supervision of Acharya Balkrishna Ji Maharaj. By his selfless services from day to night, most venerable & adorable Acharya Shri Balkrishna Ji Maharaj is providing immense relief to the millions of patients suffering from innumerable physical and mental ailments, and is also guiding them in practicing the art of enjoying healthy, disease free and blissful life. In fact, he is a sparkling star on the worldly horizon of the Ayurvedic Medical World.

Post Graduate from Sampurnanand Sanskrit Vishvavidhalaya, Varanasi, in Sankhya-Yog & Ayurved, he studied ‘Panninie Vyakaran’ along with Sanskritand Indian Philosophy, Vedas and Upnishads. Delved deep into the recesses of ‘Charak Samahitya’, ‘Ashtang Hriday’, ‘Bhaysajya Ratnavali’ and other such Ayurvedic compositions under Acharya Baldev ji in Gurukul Kalwa, Haryana. He has practiced tremendous austerities in the caves of Himalayas in the nineties along with Swami Ramdev ji and explored almost extinct varieties of Astavarga plants, which are the main components of Chayavanprash, an Ayurvedic tonic. These Astvargya plant species had been in oblivion because of lack of any proper written details in old records of various “Nighantu” books. He has reproved the necessity of research to revive the Astavarga therapy for the benefit of mankind. Revival of many high altitude, rear species of medicinal plant like Jatamansi, Katuki, kur et-al is his objective. By his penance, practices and contents research, he, by means of pious herbs of the Himalayas, has for the first time in the world, discovered permanent cure for the complicated disease like high blood pressure diabetes & osteo-arthritis etc. By relieving the pain of the grief-stricken man by means of medical treatment, he is proving himself true to the dictum of the ancient sages.

During the full year, about one to one and a half lac patients are being benefited by coming to Divya Yog Mandir (Trust), whereas more than above mentioned number of people are being treated of various ailments by using the medicines manufacturing in Divya Pharmacy, a unit of Divya Yog Mandir (Trust) after receiving the same through postage, etc. Acharya Balkrishna Ji is the chairman of Divya Pharmacy & looks after all of its activities from research to production.

Where respectful Acharya Ji always fully engaged by devoting his valuable time in the Ayurveda treatment of both curable and incurable disease, thereby curing lac of people, his compassionate heart, polite behavior, abundant love sympathetic attitude has been a source of positive thinking and divine inspiration for the innumerable people. This has also led them forward to their spiritual upliftment in life.

Acharya Balkrishna Ji has associated with himself a strong team of about 400 able physicians so as to cope with the medical humanitarian work on a large scale, which is proving beneficial not only to the whole of India but also to the people of many other countries, which includes learned, celebrated people and the common man. Even senior physicians of the renowned medical institutions of India came here for the sake of treatment. Moreover, they also refer to ‘Divya Yog Mandir (Trust)’, such cases of patient who suffer from incurable diseases & whose effective treatment is not available anywhere else in the world.

The following Vedic reference in respect of a physician applies fully to him:

Acharya Balkrishna Ji has also edited book’s like ‘Aushad darshan’, ‘Jeevaniya and Vayasthapan Paudhe’, ‘Vadic Nityakarma Vidhi’, ‘Yog Darshan’, ‘Sant Darshan’, ‘Bhakti Geetanjali’. Beside he is in-charge of all affairs of “Divya Yog Mandir (Trust)” & “Patanjali Yogpeeth (Trust)” as a Secretary General you can imagine that his watchful eyes are always set on from grand work of establishment of Patanjali Yogpeeth & Divya Pharmacy of international fame to deep & extensive work of research in Yog & Ayurveda.