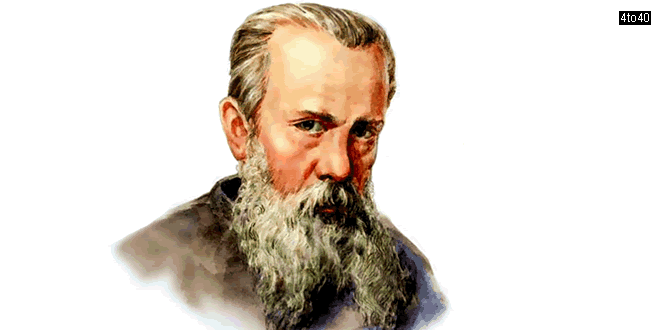 Pavel Petrovich Bazhov (27 January 1879 – 3 December 1950) was a Russian writer and publicist. Bazhov is best known for his collection of fairy tales The Malachite Box, based on Ural folklore and published in the Soviet Union in 1939. In 1944, the translation of the collection into English was published in New York City and London. Later Sergei Prokofiev created the ballet The Tale of the Stone Flower based on one of the tales. Bazhov was also the author of several books on the Russian Revolution and the Civil War. Yegor Gaidar, who served as Prime Minister of Russia, was his grandson. When the First World War began, Bazhov had two daughters. He was a member of the Socialist-Revolutionary Party until 1917. In 1918, he joined the Bolshevik Party, volunteered for the Red Army, and was deployed into military actions in the Ural frontline. In the autumn of 1920, Bazhov moved to Semipalatinsk and was elected a member of the Party Committee of that province. He was instructed to lead the provincial council of trade unions, but often served assignments that went beyond his office. From 1923 to 1929 he lived in Yekaterinburg and worked in the editorial board of the Krestianskaya (Peasants) Newspaper, as well as contributing his essays on old factory life conditions and the civil war throughout 1924. In that year, Bazhov published his first book, Urals Tales (Уральские были) on the images of life in the Urals during the 1880-1890s. It was also during this period that he wrote over forty tales on themes of Ural factory folklore that contributed to his collection, The Malachite Box. Publication of Bazhov's most famous work – the collection of fairy tales - earned Bazhov the State Prize. Later on Bazhov supplemented the book with new tales. Bazhov had every reason to speak with pride about his activities between 1917 and 1920. D.A. Kuhn named Bazhov in the report on the 60th anniversary of the Kazakh Soviet Socialist Republic and the Communist Party of Kazakhstan among those wonderful people, "who in the years of revolution and civil war, with a rifle, a plow, or a book, claimed a life on the Kazakh space, with high international quality, resilience, courage and heroism". From these actions, he was decorated with an Order of Lenin and won the USSR State Prize. During the Second World War Bazhov worked with both Yekaterinburg writers and those already evacuated from different corners of the Soviet Union. After the war his eyesight started weakening dramatically, but he went on his editing work, as well as collecting and creatively adapting local folklore. In 1946 he was elected to the Supreme Soviet. Bazhov died in 1950 in Moscow and was laid to rest in his home, Yekaterinburg.

Pavel Bazhov is best known for his collection of fairy tales The Malachite Box, based on Ural folklore and published in the Soviet Union in 1939. In 1944, the translation of the collection into English was published in New York City and London. Later Sergei Prokofiev created the ballet The Tale of the Stone Flower based on one of the …

One day two of the men from our village went to take a look at the hay. Their meadows were quite a bit of a way off. Somewhere the other side of Severushka. It was a Sunday and real hot. That sort of fine weather you get after rain. Both of them worked in the mines, on Gumeshky. They got …