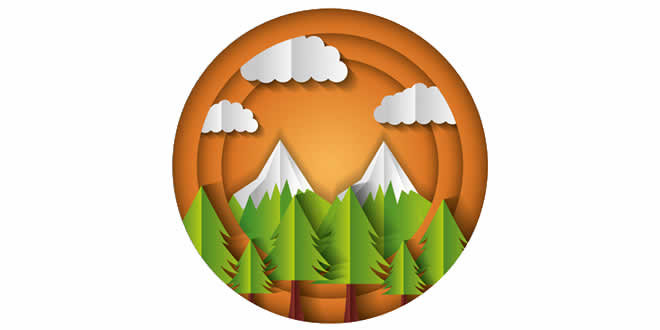 Origami, also called paper folding, art of folding objects out of paper to create both two-dimensional and three-dimensional subjects.

Origami is a traditional Japanese art of paper folding. It uses many techniques and various objects can be created. The object is made of origami paper, which is specially made for folding and staying in shape. Many dictionaries and television shows suggest that origami is only paper cranes, waterbombs, and paper planes, but many new models and creatures have been made because new folding techniques have allowed this.

When the Japanese first folded origami, they used only one piece of paper. A different kind of origami called modular origami uses many small pieces that are the same, which are combined to form one large model. Also, many mathematical shapes can be made with origami. 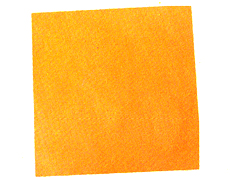 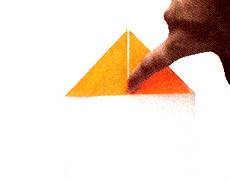 Flip the sheet and fold it from the top into two triangles. 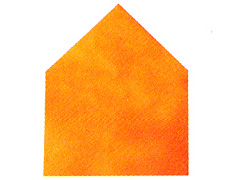 Now, flip the sheet of paper again, it will look like big orange arrow. 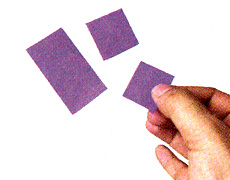 Take a piece of purple kite paper and cut two pieces of square and one rectangle. 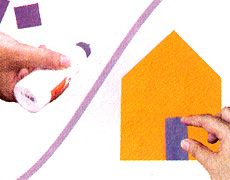 Apply adhesive on the rectangular purple paper and paste on the orange arrow as shown. 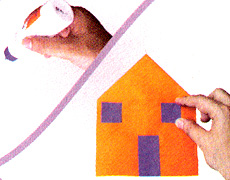 Now, apply adhesive on square purple pieces and paste them on orange arrow as shown. 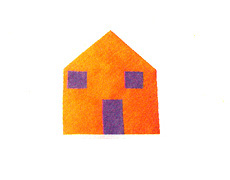 Your paper hut is ready. Paste this hut on a white card sheet. 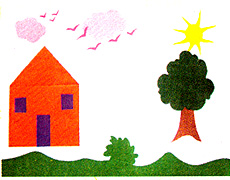