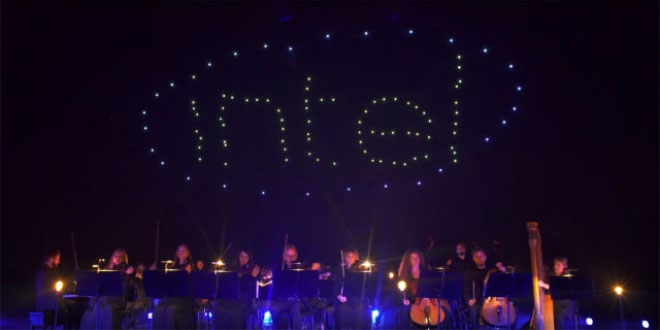 Tornesch, Germany – January 13, 2016 – The Guinness World Records world record for the largest number of drones kept airborne simultaneously has been broken by a team of Intel engineers and Ars Electronica Futurelab; the record saw 100 drones taking off in unison in Flugplatz Ahrenlohe in Tornesch, Germany, thus setting the new world record for the Most Unmanned Aerial Vehicles (UAVs) airborne simultaneously.

The Guinness World Records world record for the largest human air-bed (lilo) dominoes consisted of 553 participants and was achieved by Johnson & Johnson (Middle East) Inc. in Ras Al-Khaimah, United Arab Emirates, on 10 February 2015. It took 2 min 27 sec for all participants to topple with their air-beds.

Guinness World Records also recognized the world record for the most air flights by a pet; it belongs to a domestic cat called Smarty, who made her 79th flight on 28 June 2005. All of Smarty’s flights have been trips between Cairo, Egypt and Larnaca, Cyprus with her owners, Peter and Carole Godfrey (UK) who live in Cairo, Egypt. Smarty apparently made her 92nd flight before her death in February 2007.

The Unmanned Aerial Vehicle (UAV) manoeuvre was filmed with a live performance of Beethoven’s 5th Symphony as the backdrop.

The drones were fitted with lights that shone in time with the music and were controlled remotely from the ground to perform an impressive formation flying display.

Controlled on the ground by a crew using PCs with Intel software, the mass of drones lit up the night sky in sync to a live performance of Beethoven’s Fifth Symphony and executed a stunning light show resembling a fireworks display.