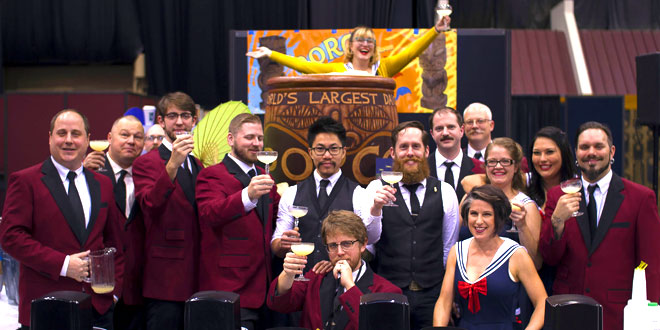 The Guinness World Records world record for the largest cocktail-making lesson involved 1,774 participants and was achieved by DIAGEO in Barcelona, Spain, on 18 September 2013.

Guinness World Records also recognized the world record for the most people cocktail flairing simultaneously for two minutes; it is 101 and was set by T.G.I. Friday’s bartenders in an open air event in the Covent Garden Piazza, London, UK.

In the end the giant drink weighed-in at 95 gallons — just short of their goal but far surpassing the 71-gallon record set in Havana, Cuba, in 2012.

That previous concoction was created in honor of Ernest Hemingway, the author for whom a version of the classic cocktail is named, and the 195 anniversary of one of his favorite Havana hangouts, El Floridita.

For the pros at Porco, besting the previous record holder did not seem insurmountable.

The tiki bar has been batching large format cocktails for events and festivals since opening in 2013, including an 800-serving entry at Food Network’s South Beach Wine & Food Festival, where the team won the People’s Choice award at Guy Fieri’s Art of Tiki event.

Photo: 95 gallons. That’s a lot of Appleton. The World’s Largest Daiquiri required 80 bottles of Appleton Estate rum, the bartender-power of four mixologists and four barbacks, a phalanx of 1.5-gallon Vitamix blenders, an ungodly amount of fresh lime, and an actual full-size umbrella.

“Hours have been spent pouring over the numbers to make sure a consistent, quality product is achieved from the first cocktail to the last,” explains owner Stefan Was.
“We owe it to our generous sponsors, as well as to our personal commitment to craft cocktails, to not only make this fantastic and fun for all, but to put out a quality product.”

The world record was sponsored by:
Appleton Estate Rum and Vitamix

“We are surprised and humbled at the recognition we have received at the South Beach Wine & Food Festival and in many magazines,” Was adds.

“People come in weekly and mention those honors. Having a World Record not only helps bring attention to us as a bar, and our hometown of Cleveland, but also to the craft in which we invest ourselves daily.” 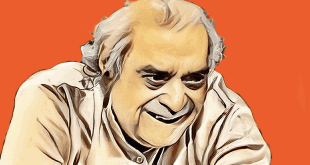