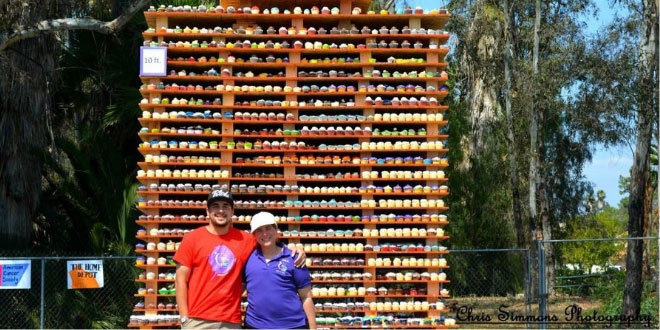 Escondido, California, USA – June 3, 2016 – A group of North County cancer survivors and caregivers took their battle against the disease to new heights last week by trying to break the Guinness World Record for the world’s largest cupcake tower; their sweet success — a 31.5 foot tower made out of 25,103 cupcakes – have crushed the previous record of 21 feet and 7,500 cupcakes.

Thousands of spectators came to see the cupcake tower and join in festivities, which continued into the evening. Cupcakes sold at a dozen for a dollar and raised about $2,000 for the American Cancer Society.

The project was run by Team Beep Beep, a participant in the Relay for Life of Escondido, which supports the American Cancer Society and brings together community members to encourage cancer survivors and honor those who have fought cancer.

On April 29, the Wafi Mall in Dubai became the most recent Guinness World Record holder for the tallest cupcake tower, which stood at 8 meters, or just over 26-feet, and contained about 8,000 cupcakes.