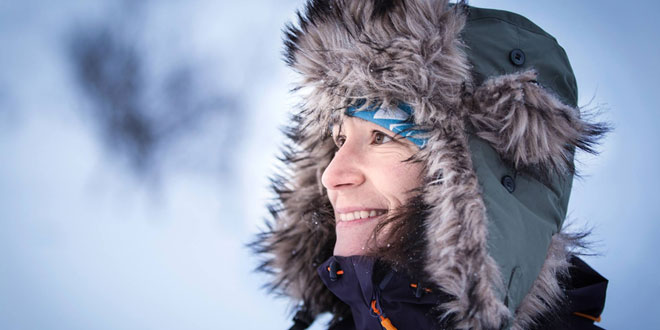 South Pole, Antarctica – January 15, 2017 – Johanna Davidsson, 33, a Swedish solo skier has just reached the South Pole unaided quicker than any woman has done before; the journey took her 38 days, 23 hours and 5 minutes, thus setting the new world record for the Fastest solo, unsupported and unassisted journey to the South Pole (female).

Photo: Johanna Davidsson has broken a Guinness World Record and become the fastest ever solo female to reach the South Pole, unassisted, on skis. She arrived at the South Pole base camp from the Hercules Inlet after 38 days, 23 hours and 5 minutes.

The Guinness World Records world record for the Fastest solo, unsupported and unassisted journey to the South Pole (female) was set by Hannah McKeand (UK) who skied her way to the South Pole from the Hercules Inlet at the edge of the Antarctic continent in 39 days 9 hr 33 min between 19 November and 28 December 2006.

Guinness World Records also recognized the world record for the Fastest solo, unsupported and unassisted journey to the South Pole; it was set on 13 January 2011, 35-year-old Christian Eide (Norway) completed a solo and unsupported trek to the South Pole in a record time of 24 days 1 hr 13 min.

The 33 year-old nurse started her south pole journey from Hercules Inlet and after skinning over 1,000 kilometers in 38 days and 23 hours, she now holds the record for fastest trip made on skis to the south pole by a female.

She beat the previous Guinness world record by roughly 10 hours. The world record was formerly held by Hannah McKeand of the UK, who completed the journey in 39 days 9 hr 33 min.

“I’m extremely happy to have reached the South Pole. It has been an amazing journey so far!” said Davidsson over satellite phone to her team on Dec. 24. “Now I will rest before going back to the coast again.”