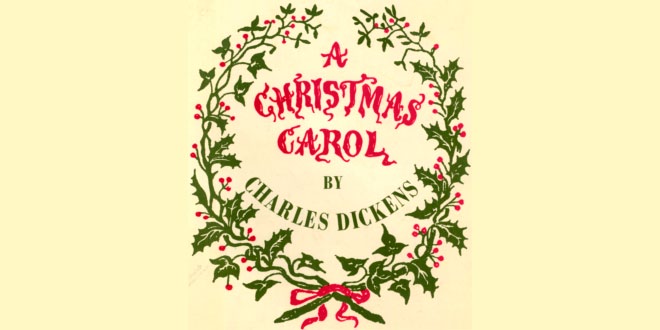 Once upon a time – of all the good days in the year, on Christmas Eve – old Scrooge sat busy in his counting-house. It was cold, bleak, biting weather: foggy withal: and he could hear the people in the court outside, go wheezing up and down, beating their hands upon their breasts, and stamping their feet upon the pavement stones to warm them. The city clocks had only just gone three, but it was quite dark already – it had not been light all day – and candles were flaring in the windows of the neighboring offices, like ruddy smears upon the palpable brown air. The fog came pouring in at every chink and keyhole, and was so dense without, that although the court was of the narrowest, the houses opposite were mere phantoms. To see the dingy cloud come drooping down, obscuring everything, one might have thought that Nature lived hard by, and was brewing on a large scale.

A Christmas Carol. In Prose. Being a Ghost Story of Christmas, commonly known as A Christmas Carol, is a novella by Charles Dickens, first published in London by Chapman & Hall in 1843 and illustrated by John Leech.

The door of Scrooge’s counting-house was open that he might keep his eye upon his clerk, who in a dismal little cell beyond, a sort of tank was copying letters. Scrooge had a very small fire, but the clerk’s fire was so very much smaller that it looked like one coal. But he couldn’t replenish it, for Scrooge kept the coal-box in his own room; and so surely as the clerk came in with the shovel, the master predicted that it would be necessary for them to part. Wherefore the clerk put on his white comforter, and tried to warm himself at the candle; in which effort, not being a man of a strong imagination, he failed.

‘A merry Christmas, uncle! God save you!’ cried a cheerful voice. It was the voice of Scrooge’s nephew, who came upon him so quickly that this was the first intimation he had of his approach.

He had so heated himself with rapid walking in the fog and frost, this nephew of Scrooge’s, that he was all in a glow; his face was ruddy and handsome; his eyes sparkled, and his breath smoked again.

‘Christmas a humbug, uncle!’ said Scrooge’s nephew. ‘You don’t mean that, I am sure?’ 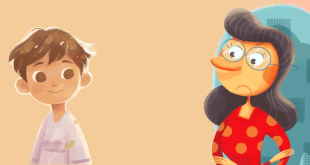