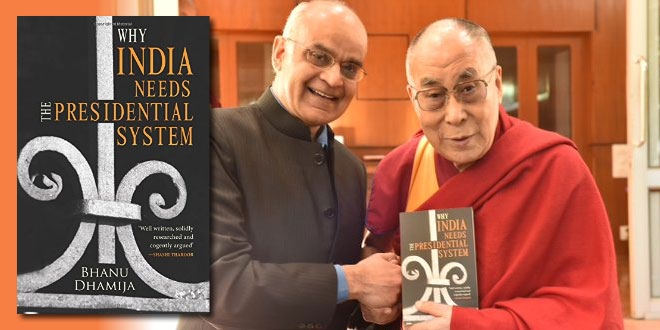 While Ambedkar, he says, was the chief defender of the parliamentary system, he came on the scene only after the decision to adopt this system has already been taken. Prior to his appointment as chairman of the Drafting Committee, he had always opposed this system.

“Ambedkar would become the first framer to disown this system. During a debate in the Rajya Sabha in 1953 he said: ‘My friends tell me I have made the Constitution. But I am quite prepared to say that I shall be the first person to burn it out. I do not want it. It does not suit anybody.'”

Even Vallabhbhai Patel, the first home minister and deputy prime minister of India, and Muhammad Ali Jinnah, the father of Pakistan, also recommended a different system of governance, even as Mahatma Gandhi favoured a system based on village panchayats.

“How the concentration of power in a Central government created a ‘strong’ government? What made a national government ‘strong’ in a large diverse nation, a union based on willing participation of units, or one based on force?” he queries.

“As India’s constitution was being adopted, it was quite evident that it had failed to inspire.”