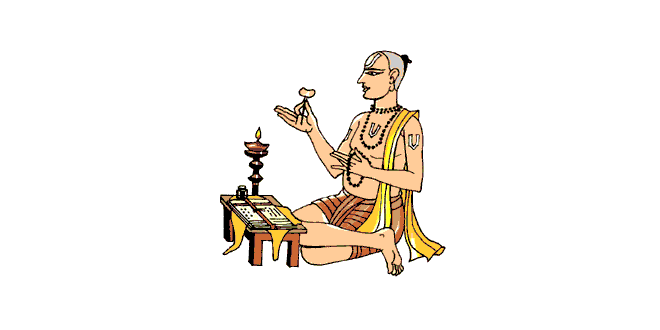 Tulsidas was a great saint of India. He was a devotee of Lord Rama. He was born in 1540 at Banda in Uttar Pradesh. He had to face a lot of hardships from childhood itself. Tulsi’s parents died when he was just five. He had to beg and work in fields to fill his stomach.

The life of Tulsi became better after he met Guru Nar Hari Das. Following his Guru’s footsteps, he started worshiping Lord Rama. He later got married to a beautiful woman called Ratnavali. After marriage, Tulsi Das began to love his wife so much that he forget his love for God Rama. He did not even look after the household needs. One day, his wife got angry and said to him, “If you had paid even half of this attention to Rama, you would have found Him by now”.

This sentence brought Tulsi Das to his senses and changed his life forever. He went to Ayodhya and wrote ‘Ramcharitmanas’ the great epic of Rama’s life. He completed it in 1600. Tulsi Das also wrote Kavitavali, Vinaypatrika and Geetavali.

Tulsi Das devoted his entire life to the worship of Lord Rama. His songs of devotion are sung even today in every household. He died in 1623 at Kashi.