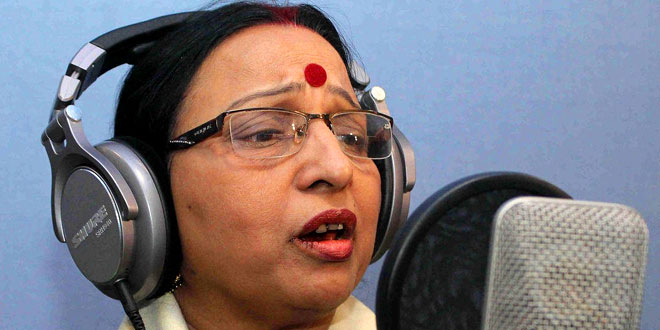 Sharda Sinha, born on October 1, 1952 at Samastipur district of Bihar. She is popular folk singer of Bihar and known as “Bihar Kokila” famous for Chhath geet and bhojpuri songs. 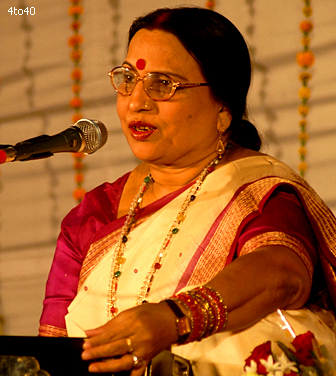 She has been honored with Padma Shree for her contribution in folk music. Her songs are class apart. Melodious, simple in tunes and would touch different aspects of life. Sharda Sinha gave her voice to few Hindi movies also and one of her songs in the movie ‘Maine Pyar Kiya’ became very famous. She has also produced several successful music albums such as Dulhin, Pirittiya, Mehndi etc.

She regularly performs during Durga Puja festivities. She had enthralled the audience when the Prime Minister of Mauritius Navin Ramgoolam had come to the land of his ancestors, Bihar.

Sharda’s last album on Chhath, Arag, had eight songs. In her entire career, she has sung 62 Chhath songs in nine albums released by T-Series, HMV and Tips. “Through these songs, I have tried my level best to save our rich culture and tradition,” Sharda said. “There is a urban contemporary feel so that people can relate to it.”