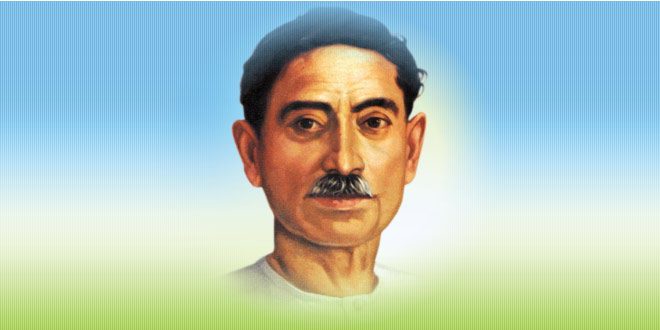 An extremely famous name that comes to mind when we talk of Urdu novel and Hindi writers is that of Munshi Premchand. The life history is of Prem Chand is like that of any ordinary man. But what makes him stand out are the numerous works he composed in his lifetime. They are still read with much enthusiasm and admiration. Though he had financial crunches all through his life, he had the rich collection of his works and compositions. Read on further about Munshi Premchand biography to know more about the life of this common man who was an extraordinary genius.

Born in a village called Pandepur near Varanasi, he was named Dhanpat Rai by his parents. Tragedy struck early in his life when he lost his mother at the tender age of eight. His father, Munshi Ajayab Lal worked as an ordinary clerk in the postal department. He left Premchand in the guardian of his grandmother and married someone else. He grew up without the love of his parents and was given responsibility at a very young age. His grandmother also died soon and he was left with no one to take care of him.

At the age of 15, he got married and it didn’t work out well. Meanwhile, his father died and he had to curtail his studies, as he had to take care of not just himself but also his step-siblings. He managed to secure a job as a teacher in a primary school and rapidly got promoted to the post of Deputy Inspector of Schools. When Mahatma Gandhi announced the non-cooperation movement, Premchand quit his job and devoted his time to writing fully. His first short story was published in a magazine called Zamana that was circulated in Kanpur.

When it comes to writing Urdu novel and short stories, Premchand definitely has his own special place. His style of writing novels began as fantasy tales of kings and queens. But as he became more and more conscious of what was happening around him, he started to write on social problems and his novels had the element of evoking the feeling of social consciousness and responsibility. He wrote about the realities of life and the various problems faced by the common man in a turbulent society.

His main focus remained rural India and exploitation faced by a common villager at the hands of priests, landlords, loan sharks, etc. He also emphasized on the unity of Hindus and Muslims. Some of his well known works are Godaan, Gaban, Karmabhoomi, Pratigya etc. His famous short stories include popular names like Atmaram, Udhar Ki Ghadi, Bade Ghar Ki Beti etc. Some of his works were also made into films by the noted filmmaker, Satyajit Ray.

Premchand was not just into entertaining writing, he was also famous for his proficiency in Urdu language. His command over Urdu language earned him a reputation of a talented journalist. As a journalist his writing was very influenced by the independence movement going on in India at the time. In his writing he used to express his want to take active part in the freedom movement. He compiled a book of short stories called Soz-e-Watan, influenced with the on-going patriotism of that time. This work by Premchand was considered to be rebellious and of bold nature. This book was responsible in provoking many Indians to take part in the freedom struggle against the British rule. This resulted in a harsh reaction from the side of British government. The government took possession of Soz-e-Watan and burnt all of its copies.

Premchand brought realism into Hindi literature, which was considered as a revolutionary development in Hindi literature at that time; most of the writers before him used to write fantastical stories or religious and mythological tales. He was a social reformer and visionary. He used to use a lot of reality and realistic situations in his stories. All of his characters were real people with real problems. He used to write about social evils that existed in India around that time. These social evils included: dowry, poverty, colonialism, corruption, Zamindari, etc. His stories were set up in the simple environment and depicted simple and honest human emotions. His work is translated into many languages other than Hindi and Urdu, like: Russian, Chinese, English etc.

It is a sad thing to realize that a writer of such caliber and vision was not really appreciated while he was alive. He had to see a very bad time financially. He failed to incur opportunities to earn himself a proper living. He struggled throughout his life financially and lived in utter poverty and day to day gross financial crisis. He also suffered from health issues. He kept writing until the end of his life. In fact when he died he was actually in the middle of writing this novel called Mangalsutra, which remains unfinished till date. This great literary personality of India breathed his last on October 8, 1936.

Some popular sayings of Premchand: