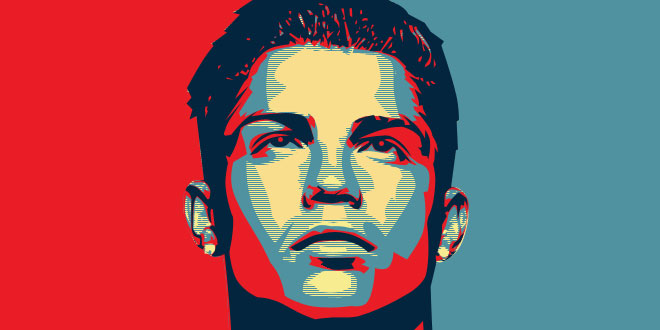 Cristiano Ronaldo — Portuguese superstar Cristiano Ronaldo turns the beautiful game into child’s play. As Brazil’s legendary FIFA World Cup-winning midfielder Didi once said: “If we don’t treat the ball with love, she won’t do what we want her to do.” Perhaps more than any other player of the modern era, Real Madrid’s flying winger seems to maintain that wide-eyed innocence on the field that makes every dazzling dribble and every penetrating pass feel like the very first. And such is his artistry that, almost magnetically, the ball returns to his feet time and time again, ready for the next touch of genius.

Cristiano Ronaldo is a professional soccer player who has set records while playing for both Manchester United and Real Madrid.

There is something almost balletic about Cristiano Ronaldo’s play that transforms mere possession of the ball into a footballing pas-de-deux. Much as he is restless, almost jealous, whilst others enjoy the limelight, the graceful Ronaldo comes to life with the ball at his feet, pirouetting away from opposing defenders with poise, and gliding across the stage with an uncommon elegance.

From his early days with local club Andorinha, where his father was kit man, it was clear that the young Cristiano was destined for greatness. After a short stint with Nacional, he left Madeira to follow his dream and, as it has turned out, to become one of the greatest players in the world.

But in keeping with the finest artistic traditions, the young star’s rise to footballing pre-eminence came on the back of a series of life-changing choices. The first was to leave his family behind on the tiny Atlantic island in order to join Sporting Lisbon’s famous academy. Naturally, the winger found a home from home on a bigger stage, and success followed quickly. It was at the age of 15 that the talented teenager faced his greatest trial as a routine medical examination revealed an irregular heartbeat. Typically, Cristiano took the setback in his elegant stride, and a successful operation soon saw Madeira’s favorite son resume his career, from where he would go on to conquer the world.

Sporting’s fans were the first to bear witness to the young genius. He made his first team debut at the age of 17, scoring twice in the process. As it turned out, he would only wear the famous green-and-white hoops for one complete season; at the start of 2003/04, English giants Manchester United came to the Portuguese capital to play Sporting in a friendly to mark the opening of the new Jose Alvalade Stadium. It was love at first sight. The teenager bewitched his illustrious opponents, and Sir Alex Ferguson swooped to bring the youngster to Old Trafford, giving him the famous number 7 shirt, as worn by United legends George Best, Bryan Robson and Eric Cantona.

With the world at his feet, Cristiano Ronaldo blazed a trail through English football on his way to becoming a global superstar. Adulation and awards followed in equal measure: he was named FIFA World Player of the Year in 2008, and he managed to fill the Santiago Bernabeu single-handedly as Real Madrid’s fans turned out in force to welcome their latest acquisition in 2009. All that is missing is success on the game’s greatest stage. He suffered the bitter disappointment of just missing out on glory with Portugal in UEFA Euro 2004. When the hosts finished runners-up to Greece that year, the image of the youngster in tears flashed around the world. In South Africa, he will be wiser, stronger and hungrier than ever before to turn his country’s dreams into reality and lead them to FIFA World Cup glory.

On 15 June 2010, in Portugal’s opening 2010 FIFA World Cup match against Cote d’Ivoire, Ronaldo shot from 35 yards in the 11th minute, but the ball hit the post. Ten minutes later, Ronaldo was yellow-carded, with much controversy, after being tackled by Guy Demel. As Ronaldo was making his way down the field, Demel started an argument between the two which led to both being booked. On 16 June 2010, the Portugal Football Federation contacted FIFA to suggest that Ronaldo’s yellow card be rescinded since the player was “pulled into” the confrontation after having already moved away from the spot where he was tackled. In the match Portugal v.s. North Korea, Ronaldo scored in the 87th minute, assisting one more goal ending the match 7-0. 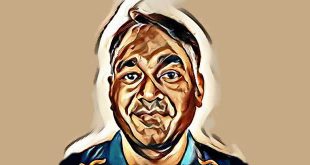 Satyadev Prasad, (born 19 September 1979) is an athlete from India. He competes in archery. …