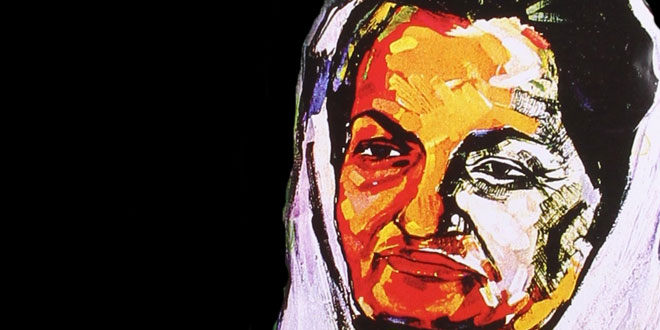 Begum Akhtar was born on 7th October, 1914 in Faizabad town of Uttar Pradesh. Her name was Akhtaribai Faizabadi though she was much popular as Begum Akhtar. Her family belonged to the upper class of the society and was not even inclined towards music. She showed interest in music at a very young age and was sent to train under the great sarangi player, Ustad Imdad Khan. Later, she learnt classical music from great exponents of this field like Mohammad Khan, Abdul Waheed Khan and Ustad Jhande Khan Saheb. Read the life history of Begum Akhtar in this short biography.

At the tender age of fifteen she gave her first public performance. People were moved by her voice and she gained instant recognition. Her ghazals even impressed the famous poetess of India, Sarojini Naidu and was appreciated at a concert that was organized for helping victims of Bihar earthquake. Her first recording was done by the Megaphone Record Company and they released many gramophone records with her melodious Ghazals, thumris, dadras, etc. In 1930’s, Begum Akhtar also acted in a few Hindi films which include Ameena (1934), Mumtaz Begum (1934), Jawaani Ka Nasha (1935), Naseeb Ka Chakkar (1935). In all these films, she sang all her songs herself.

Begum Akhtar moved back to Lucknow after a while where the renowned director Mehboob Khan approached her for a film titled “Roti”. The music was composed by the famous Anil Biswas. The movie was released in the year 1942 in which Begum Akhtar had sung six Ghazals. Unfortunately, four of the Ghazals were deleted due to some tension between the producer and the director. The film was appreciated by one and all and the music took the industry by storm.

Begum Akhtar married barrister Ishtiaq Ahmed Abbasi in the year 1945. Due to family restrictions, Begum Akhtar could not sing for almost five years. She fell ill and her only medicine was music. In the year 1949, she returned to record at the Lucknow Radio station and sang three Ghazals and a dadra. She felt so satisfied and happy that she wept with joy. She then continued to give public performances and sing in concerts till she passed away.

Begum Akhtar was persuaded by Madan Mohan, a famous music director to sing in two movies “Daana Paani” (1953) and “Ehsaan” (1954). The songs “Aye Ishq Mujhe Aur to Kuch Yaad” and “Hamein Dil Mein Basa Bhi Lo” were absolutely melodious and were liked by one and all. Her last movie stint was that of a classical singer in Satyajit Ray’s film “Jalsa Ghar”. Begum Akhtar was a refined Ghazal singer and was called as Mallika-e-Ghazal or the Queen of Ghazals. Her style of singing is inimitable and few can match upto her style. Most compositions were self composed and based on Ragas.

Begum Akhtar performed last in a concert in Ahmedabad. That day she felt that her voice was not upto the mark and raised her pitch. This put much stress on her and her health deteriorated. The situation became critical and she had to be rushed to the hospital. She breathed her last on 30th October 1974, leaving many fans disappointed and heart broken.